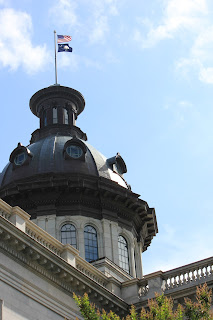 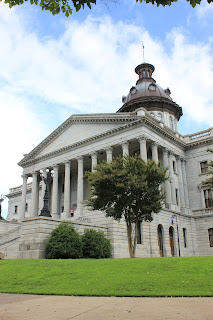 Crowning the hill overlooking the convergence which makes the Congaree River in the heart of South Carolina, the State House proudly waves the star-spangled banner and the blue pennant of the state atop her copper dome.  The construction of the State House in the newly established capital city of Coumbia was marked by the laying of the cornerstone in 1851.  Slowed by the dismissal of the first architect, the exterior walls were just being finished while war broke out in the former state capital, Charleston.  Halted by the Civil War, the South Carolina blue granite walls stood empty and as a sitting duck for General Sherman's cannons as he razed havoc on the birthplace of the Secession.  Although, only a few strikes were made against the building, today bronze stars mark where the cannon balls hit the hollow capitol building.  Construction was not said to be complete until 1907 under the direction of five architects.  One interesting fact about the State House is the 28 columns of the front and rear porticos, they are the largest monolithic columns in the United States and made of the state stone - Blue Granite. 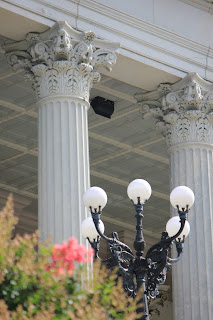 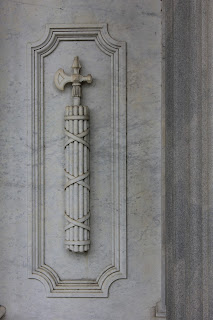 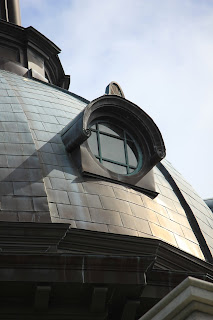 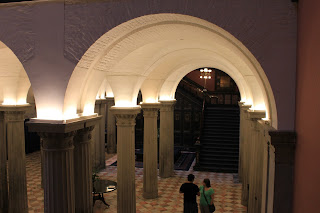 Inside the crown jewel of the Palmetto State holds some of her most revered treaures and citizens.  Spanning over half a century of construction and surviving General Sherman's shelling, this Greek Revival structure holds true to being genuinely South Carolinian.  Aside from the giant monolithic columns in the porticos, the lower level boasts Blue Granite columns holding the red clay brick vaults made by hand and fired less than a mile away on the edges of the Congaree River.   Within the reaches of these columns are the offices of the Governor, Nikki Haley, who is the first female governor of South Carolina and the second governor in the United States to be of Indian heritage along with being the youngest governor in the nation currently, and in the opposing wing the office of the Lieutenant Governor, Mr. Glenn McConnell.

Making the climb up the Iron Staircases to the Grand Lobby of the State House to the Victorian style room from the simple halls below is a stark and bright transition.  Slightly deceiving, what appears to be direct light from above is actually a false dome within the copper dome that is visible from the grounds.  Pictured in the middle is the largest stained glass mosaic window of the four in the State House and is said to made up of more than 35,000 pieces of glass!