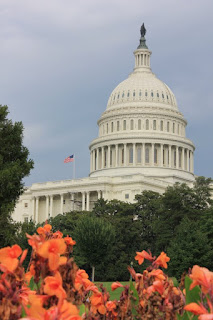 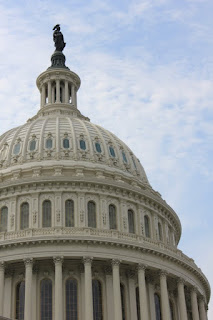 The Temple of Liberty

The naming of this grand place was an idea of Thomas Jefferson, who in my opinion was the greatest influence to the New Nation.  Originally, the Capitol was to be called the Congress House, but Jefferson insisted on the title "Capitol" after the Capitoline Hill of Rome.

Capitoline was derived from the Latin word of 'capitolinus' which stems to 'caput' meaning "head".  The Temple of Jupiter crowned the head of Capitoline Hill just as our Capitol does on Capitol Hill today over the National Mall.


Thomas Jefferson wanted to give the People the right to the Seat of their New Government, thus he proposed a design competition for the New Capitol.  After much debate over the location of the
Capitol, let alone the design, the American Neoclassical structure would be built overlooking the Potomac River under the plans of amateur architect William Thorton.

Out of the entire National Mall I would have to say the Capitol is my favorite place to visit.  One, you can virtually see the rest of the District from it!  That, and it is a very open area and it has a majestic aurora surrounding the whole area with the fountains outside the West Front and the trees which engulf the grounds surrounding the Capitol. 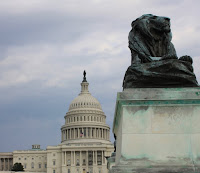 For all the hustle and bustle of Washington, one can easily get lost in the serenity walking in the courtyard with the reflecting pools and summer breeze.  An interesting fact about the East Front (right) is when walking around, you don't realize that you are walking on the top of the museum, numerous halls, and a system of tunnels.

"Remember the Maine! To hell with Spain"


That was the battle cry that sparked the Spanish-American War in the late winter in 1898.

As I was meandering around the memorial, I found it quite surprising the changes that have undergone in the Navy, especially since the Navy is so determined to stay as traditional as possible!  On this memorial, the ranks of the Sailors were merely their rating, or their job.  In example, a common title found one the memorial crowned by a ship's mast was 'Coal Passer', which in the era of the Maine, that was vital to the operation of the ship.

Grave sites such as this one marked as the Unknown Sailor are fairly common around the memorial.  266 men lost their lives aboard the USS Maine on the fatal day on February 15, 1898, in the Havana Harbor, Cuba.
Posted by t_mork at 5:36 PM No comments: 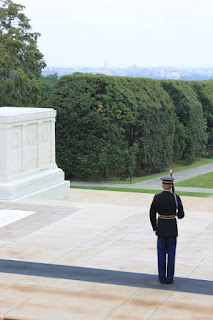 Guarding the Tomb of the Unknown.

21 Paces across the Tomb

The Ritual behind the Guarding of the Tomb symbolizes the 21 gun salute which is the Highest Honor to the United States Military.

The Memorial Amphitheater was the dream of Judge Ivory Kimball.  Veteran of the Civil War, he advocated a place to honor those who served and died for their Country and it's Principles:

Life, Liberty, and the Pursuit of Happiness.

Pushing his idea before Congress and working with numerous people throughout various sessions, the Bill that he had been working so hard for was finally approved.  Although, Judge Kimball did not live to see the completion of the project, his name will forever crown the Monument.
Posted by t_mork at 5:29 PM No comments:

Down by the River - Augusta, GA 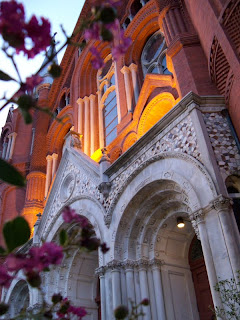 The Sacred Heart Catholic Church was completed at the turn of the 20th Century.  Although in the 1970's, as the local area was undergoing changes the church closed it's doors.  Falling into decay and vandalism shortly thereafter, in 1972, it was placed on the National Registry and today is used as a Cultural Center. 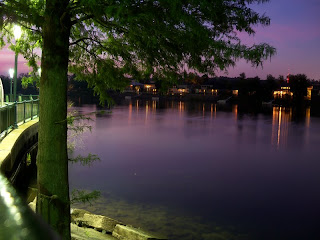 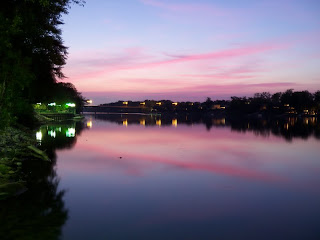 Augusta's importance lies between the banks of the Savannah River.  Just north of Augusta are numerous waterfalls making up the fall-line which make the river impassable for river boats to carry goods inland, making this point an important hub for trade and commerce. 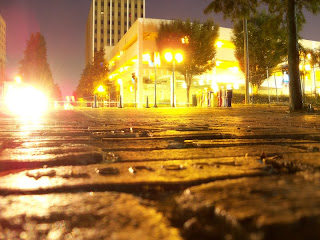 A Step back in Time

Walking in the downtown area feels a lot like stepping into a time capsule.  Reminiscent feelings to times when Augusta was a blooming metropolis up until the 1970's gives an interesting sensation to the area. 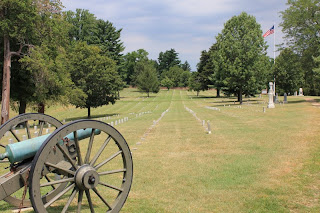 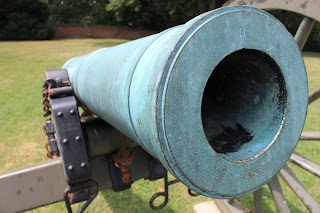 Happened to stumble onto the historic battlefield somewhat by accident.  We were looking for a local breakfast venue when we discovered the Battlefield Cafe, aptly named being it is right at the base of the battlefield!  Aside from the delicious waffles at the cafe, the battlefield itself has a little museum located at the base of the hill that I highly recommend going into first (voice of experience speaking) that way when you go out onto the field, you will have a better perspective of the historical happenings.

As most battlefields of the time, the two enemies were often buried within the same grounds due to speed of decay especially during the summer months.  Over time, these headstones appear to be sinking into the ground but rather it is the embankments are growing taller as the organic matter builds up.  According to laws of the National Park Reserves, these headstones can not be raised being that would be defacing their historical value.  I would give it 20 years and the rules will bend a little and lead to a different take on preservation.
Posted by t_mork at 3:46 PM No comments: