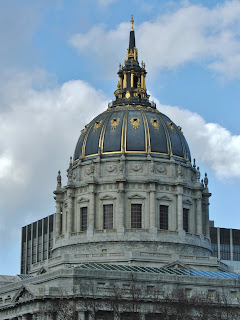 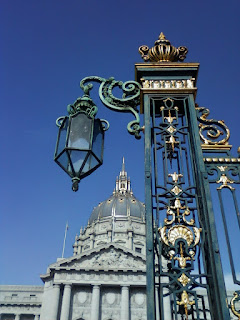 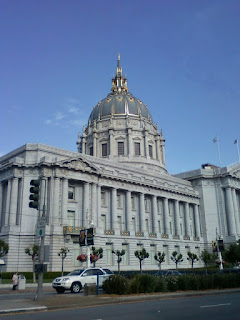 After the destruction of the 1906 earthquake that struck the city of San Francisco, the reopening of the New City Hall was celebrated in 1915.

Spanning it's massive diameter of 366 feet, the dome is the fifth largest dome in the World.

This Plaza is ranked my second favorite place of San Francisco, behind the Coit Tower (which is hard to beat!)  The Plaza is home to not only the City Hall, but also the Herbst Theatre, The Supreme Court of California, The War Memorial Opera House, Asian Art Museum, and of course, the Symphony Hall! 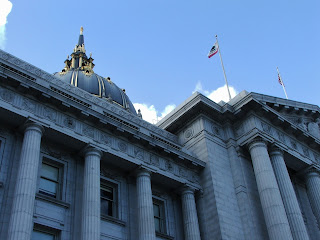 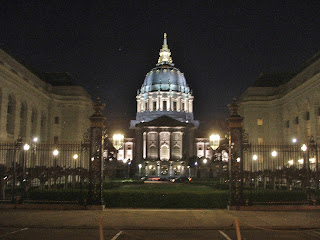 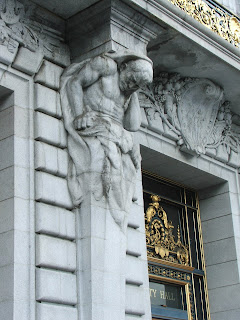 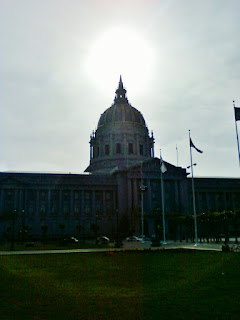 I often find myself entangled in the architecture which varies from one
building to another, but yet compliments each other so well in this area!
Posted by t_mork at 8:56 PM