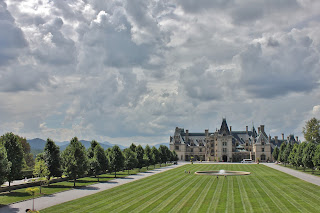 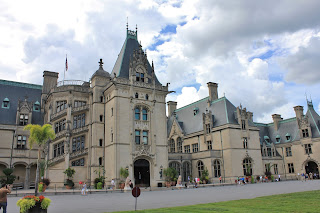 Built as a "little mountain escape" by George Washington Vanderbilt, grandson of great American Industrialist Cornelius Vanderbilt.  The Biltmore Estate in Asheville is the largest privately owned home in the United States.  Spanning nearly 180,000 square feet with about 250 rooms to get lost in, this mansion is one of America's most treasured homes. 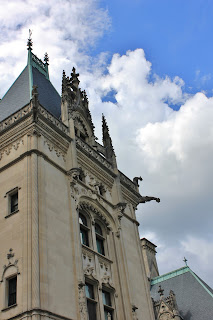 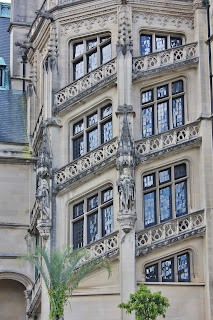 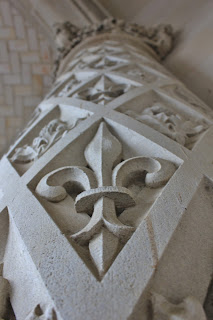 It was hard for me not to burn up 16 gigabytes of card space with all the architectural wonders throughout this estate.  George Vanderbilt intended on creating an American masterpiece out of the Old World.  Aside from the magnitude of this house's size, the next piece to jump out at me was the walls to the spiraling staircase.  The idea was taken from one of France's most prominent homes, Chateau de Blois, known for its most renowned feature of the spiraling staircase.  Despite the fact that the Vanderbilt family was and still is today one of the wealthiest families in American history, George nearly spent his inheritance to build this manision - estimated to be more than 100 million dollars - in the late 1880's mind you!  Designed by the architect that had drawn up many of the other Vanderbilt homes, Richard Morris Hunt led the construction of this grand American Chateau.  I would like to know what was going through this architect's mind at this time!  Working under within one of the nation's richest family which, personally, I believe had a little competition going on who could out-do who as far as "houses" went!  The exterior masonry alone had my jaw hitting the ground more than once throughout my tour of this Blue Ridge chateau even though it feels as if I stepped into Old Europe. 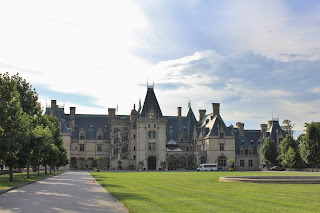