The Column of the Confederacy - Richmond, Virginia 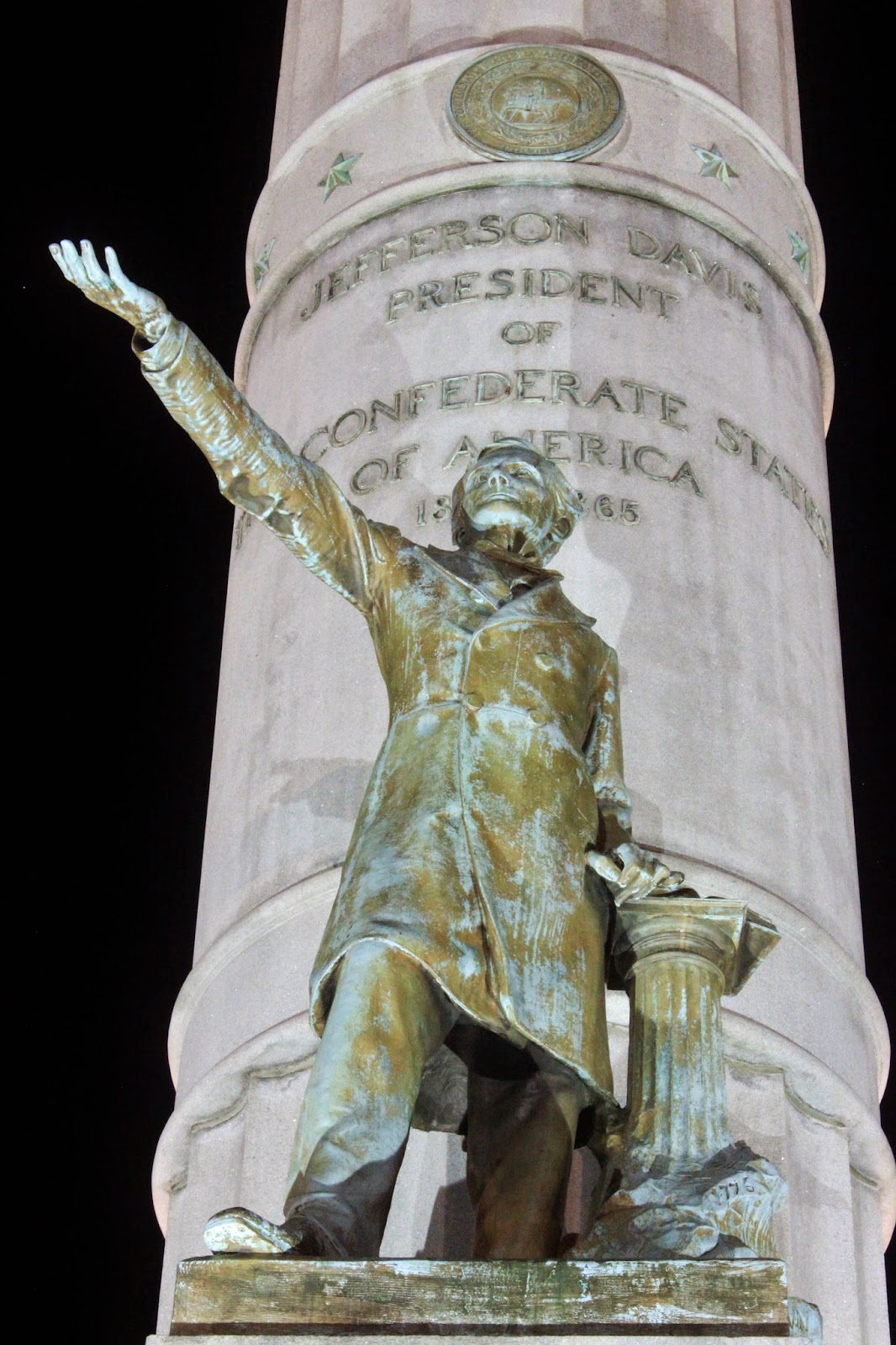 Rising out of the broad boulevard of Monument Avenue at the intersection of the avenue of his namesake stands Jefferson Davis' memorial, emanating brightly through the manicured trees and magnificent townhouses of the Fan District.  The curtain fell on the third of June, 1907, and the 200,000 attendees of the Confederate Reunion saw the statue for the first time.  Two Virginians were named to be the designers and sculptors of this project, William Noland, regarded as the state's leading architect of the time, headed up the project after he completed his task of the Virginia Capitol's expansion in 1906.  Edward Valentine, a native Richmonder, was the artisan behind the memorial and was called forth after his distinguished work on the Recumbent Lee statue in Lexington.  In all, the exedra is made up of 13 white Doric columns, eleven representing the states that made up the Confederacy and the two states that were represented in the Confederate Delegation.  Towering in the center of the hemisphere of columns stands the central Doric column ascending sixty feet, giving a perch to "Vindicatrix", more commonly known as "Miss Confederacy", overlooks the statue of Jefferson Davis.  Looking east with his hand uplifted as if making on last proclamation to his Southern people, stands the first and last President of the Confederate States of America: Jefferson Davis.