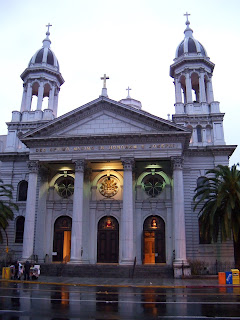 The construction of the fifth and final cathedral began on the 22 of April, 1877, after a long history of earthquakes and fires striking the Bay Area.  I am sure this is one of my first times visiting a Basilica in my lifetime, but I am sure that it will not be the last!  When I breached the doorway into this ornate sanctuary, I was in awe. 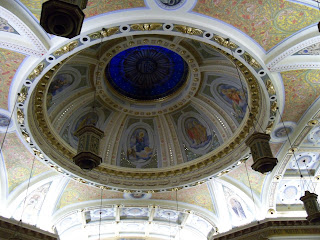 The dome of the Basilica was completed in 1885, with a stained glass sunlight that was made in Bavaria, Germany, is surrounded by murals of eight saints which were done by an Italian immigrant Father Luigi Sciocchetti in 1928. 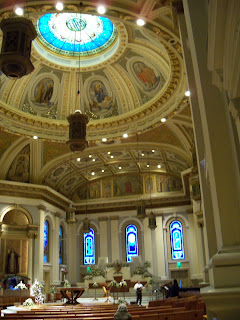 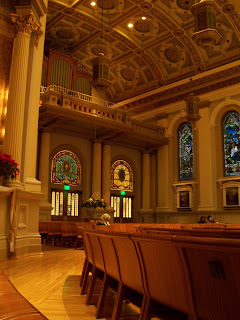 I am well aware of my odd obsession with the pipe organ, but this one I would say has topped them all of which I have seen.  I read upon on the history of this Basilica and discovered that the Odell Pipe organ was installed in 1886 after being custom made and designed in New York and remains one of four of it's kind within the United States.  This organ is a 16-foot, two manual pipe organ with 1,521 pipes!

In 1981, the Cathedral was inaugurated as the Diocese of San Jose and in 1985, the Vatican approved the Diocese, then in 1997 Saint Joseph received the title of a Minor Basilica.

Serving over 600,000 Catholics in the San Jose-Santa area, the Basilica holds Mass in both English and Spanish.

A view from top to bottom.

Restoration projects have kept the timelessness of pieces of work suchas this Station of the Altar in
pristine condition for over a century now.