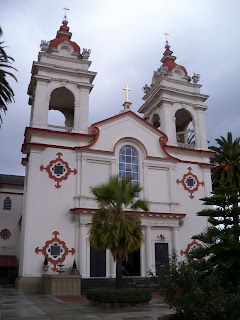 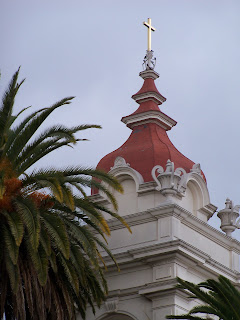 Igreja Nacional Portuguesa das Cinco Chargas, or the Five Wounds Portuguese National Church, is an important symbol of the Portuguese Community in the Santa Clara Valley.

Each time that I made my way to San Jose, I had always admired this beautiful structure, and finally had some spare time to go with a friend and visit, and her and I are sure glad we did!

The history behind this church is fascinating!
The Parish was dedicated by Father Henrique Ribeiro on November 8, 1914, and with only volunteer help of the community, was this church built.  It was after the 1915 Panama-Pacific Exposition in San Fransisco closed was it that the community brought the timbers of the Portuguese Pavilion along the historic El Camino Real, or Royal Highway, that were used to built the framework of this landmark to the Portuguese People of the Bay Area. 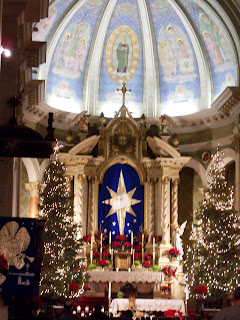 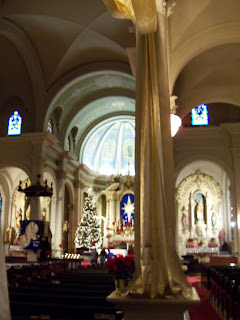 Another fact that I found quite unique about this church was that it holds services not only in English and Portuguese, but also in Latin.

The cornerstone of the Church was laid on October, 1, 1916 as a community effort to provide not only a place of worship and prayer but also as a school for local children and a community center. 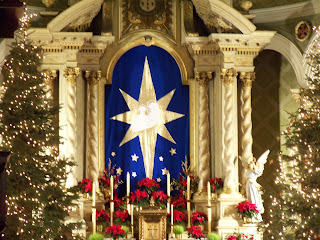 It was not hard to be taken aback by the beauty of the Church itself, but while it was adorned with Christmas decorations amidst the soft blue and gold was truly a sight to behold.

The edifice was completed on July 13, 1919, with the unique Manueline style which is specific to Portuguese heritage. 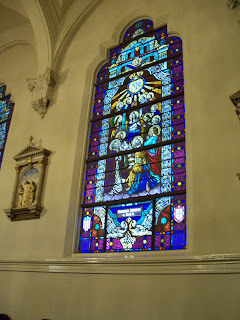 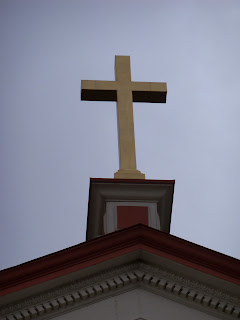 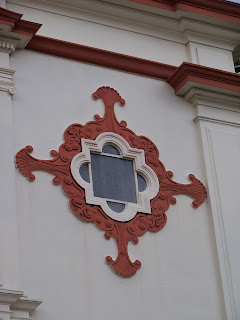