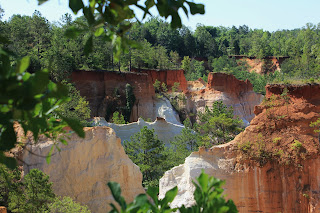 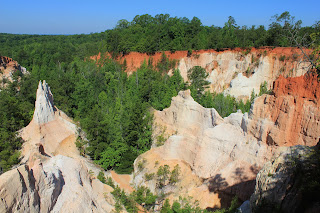 Sprawling over a thousand acres of southwestern Georgia, Providence Canyon State Park is often term as "Georgia's Little Grand Canyon".  With a system of over 15 canyons, some reaching 150 feet in depth, share a similar resemblance with some of the canyons of the American Southwest.  However, these canyons are not the result of rivers or streams carving their way, but poor farming practices by early homesteaders and rainshed. 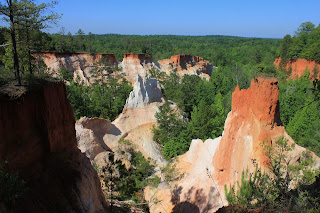 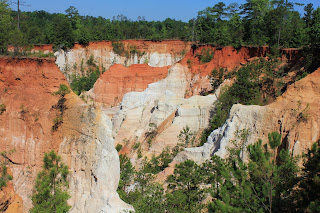 Gaining its name from the church and school which stood at what is now the convergance of two large canyons, the first Providence Methodist church was built around 1832.  In under thirty years of farming malpractices, the trenches became gullies which are now canyons today.  The Church as relocated in 1859 just outside of the rugged landscape that we see today of various red-clay walls and spires. 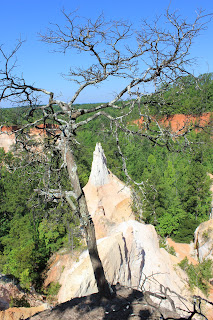 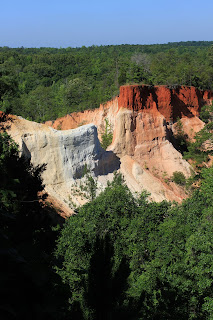 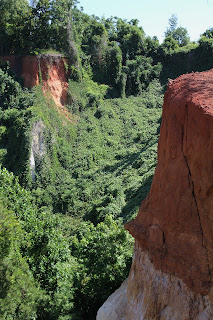