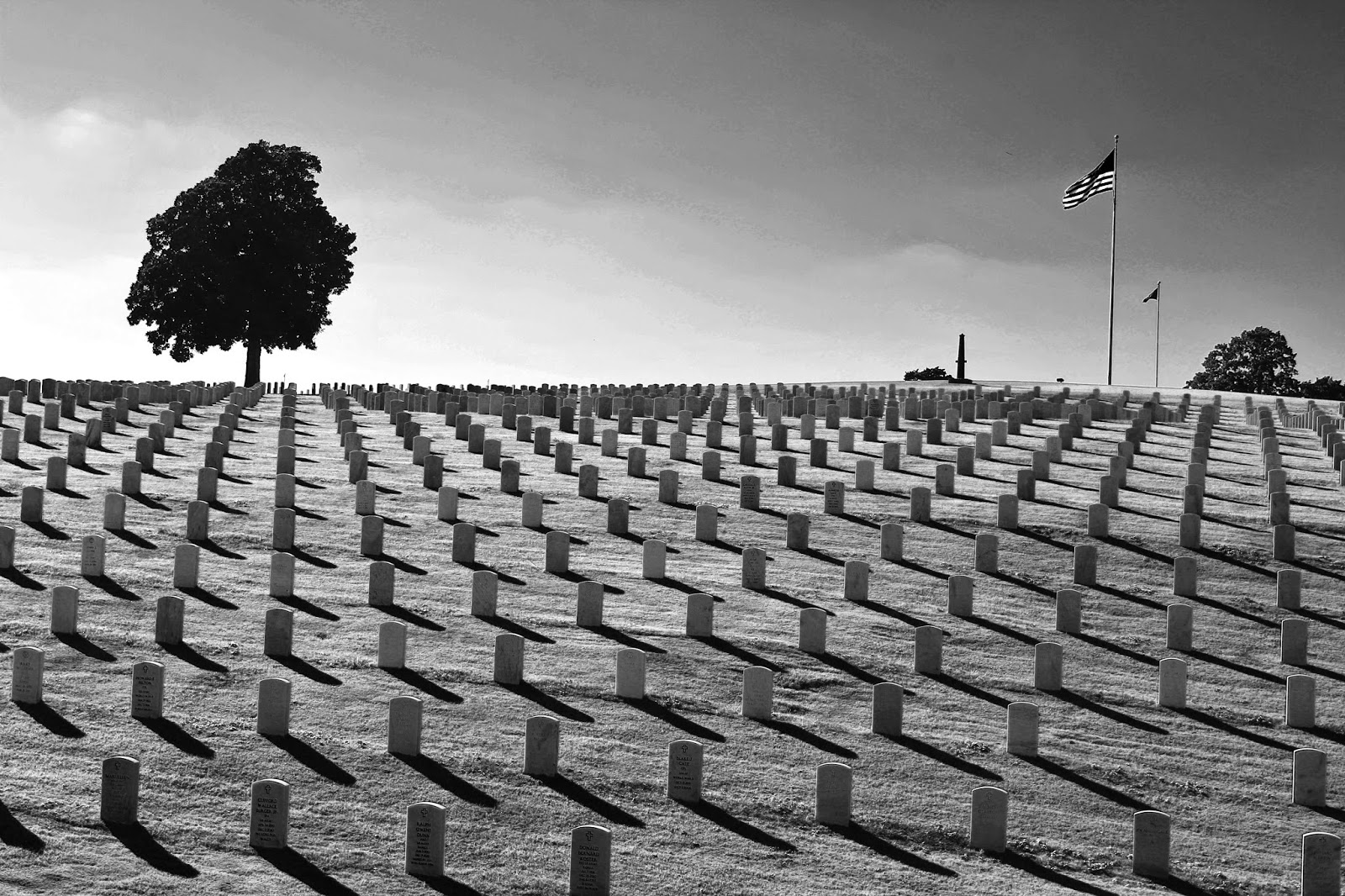 After heading north to explore the wilderness of Tennessee for the weekend with a good friend, we arrived earlier than anticipated to the river city of Chattanooga.  Catching a glimpse of the National Parks Service brown and white sign for "Chattanooga National Cemetery", a quick glance at each other, we decided we had time to spare. After a wrong turn on my behalf, we soon found ourselves passing through a wrought iron gateway to the hallowed ground.  Entering the cemetery from the southern side of the grounds, I was taken away by the expanse of the miles of marble headstones that wove between the shadows of the oaks about the verdant hills. Having visited Arlington National and various others laid out to be the tranquil resting place to many fallen brothers of the American Civil War and conflicts following, but the sheer size of this expanse of most of these white marble marks started from the Chattanooga Campaign was saddening.  The first battle of the campaign was the driving force behind the establishment of this burial site: Battle of Chickamauga.  The battle took place to the southeast a few miles on September 19-20 of 1863, and was is second to the Battle of Gettysburg for having the highest number of causalities in the war that tore the nation in two.  As the memorial arch at the bottom of the hill topped with Old Glory states, "Here rest in peace 12,956 citizens who died for their country in the years 1861 to 1865". 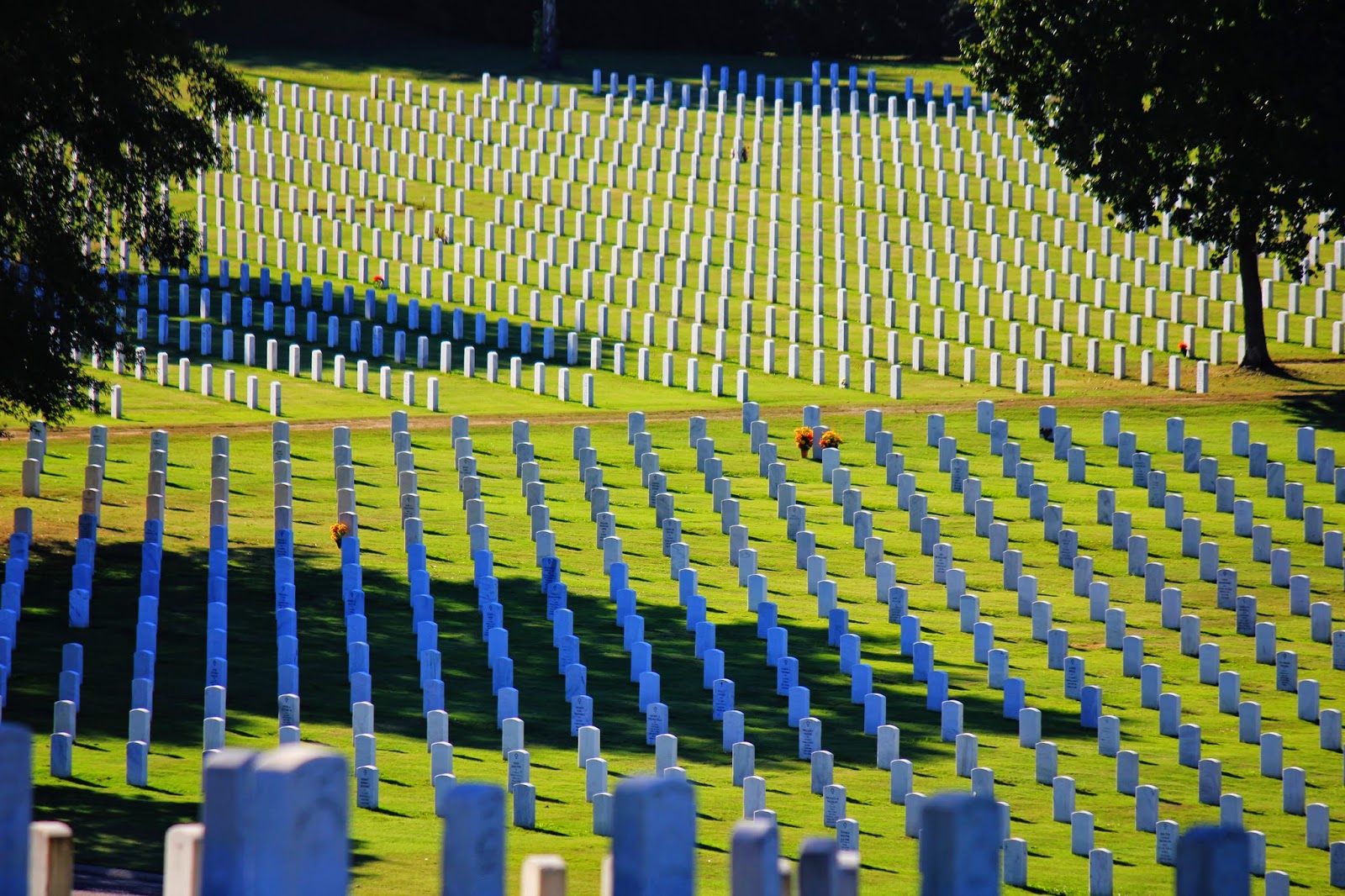 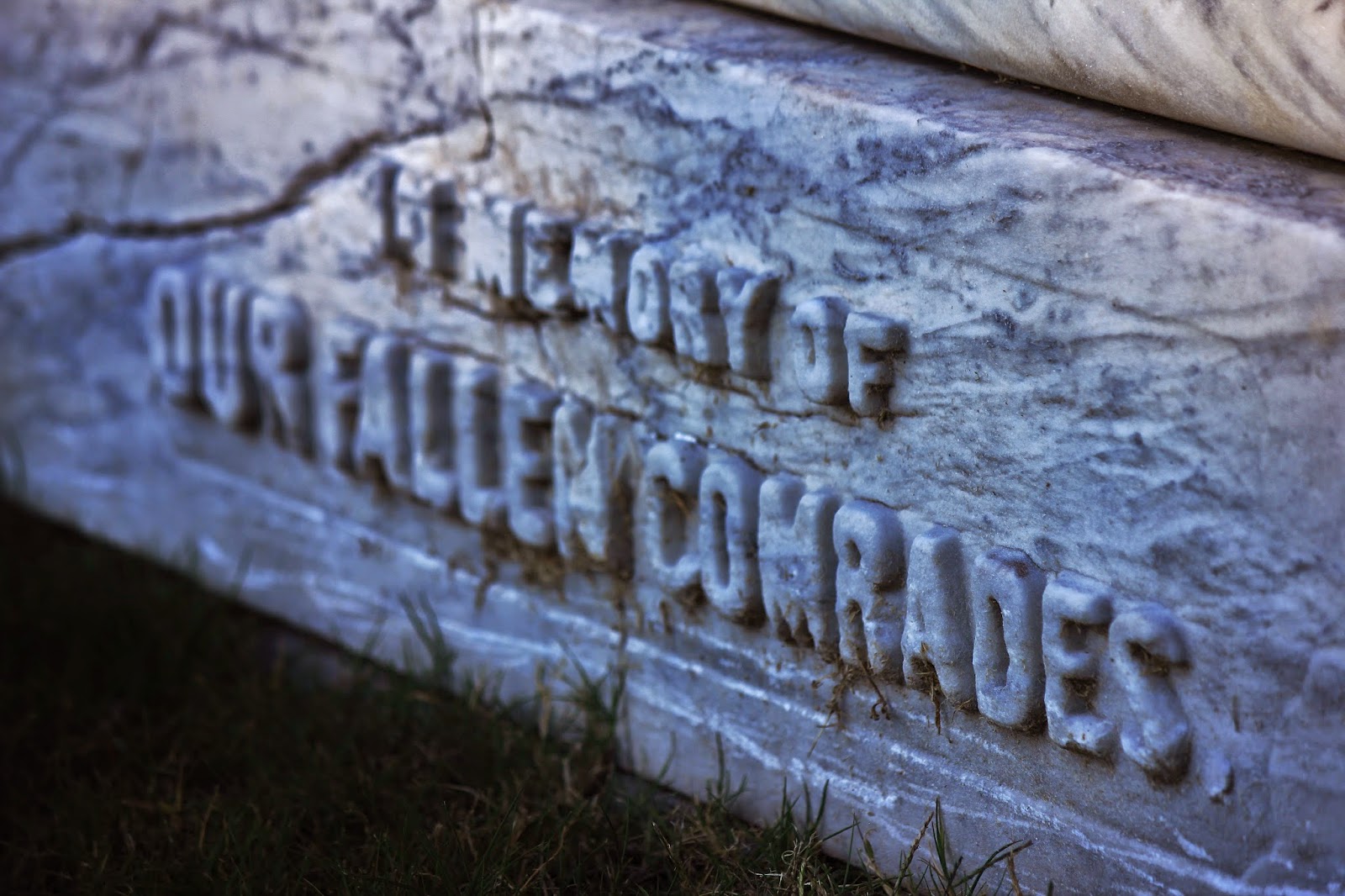 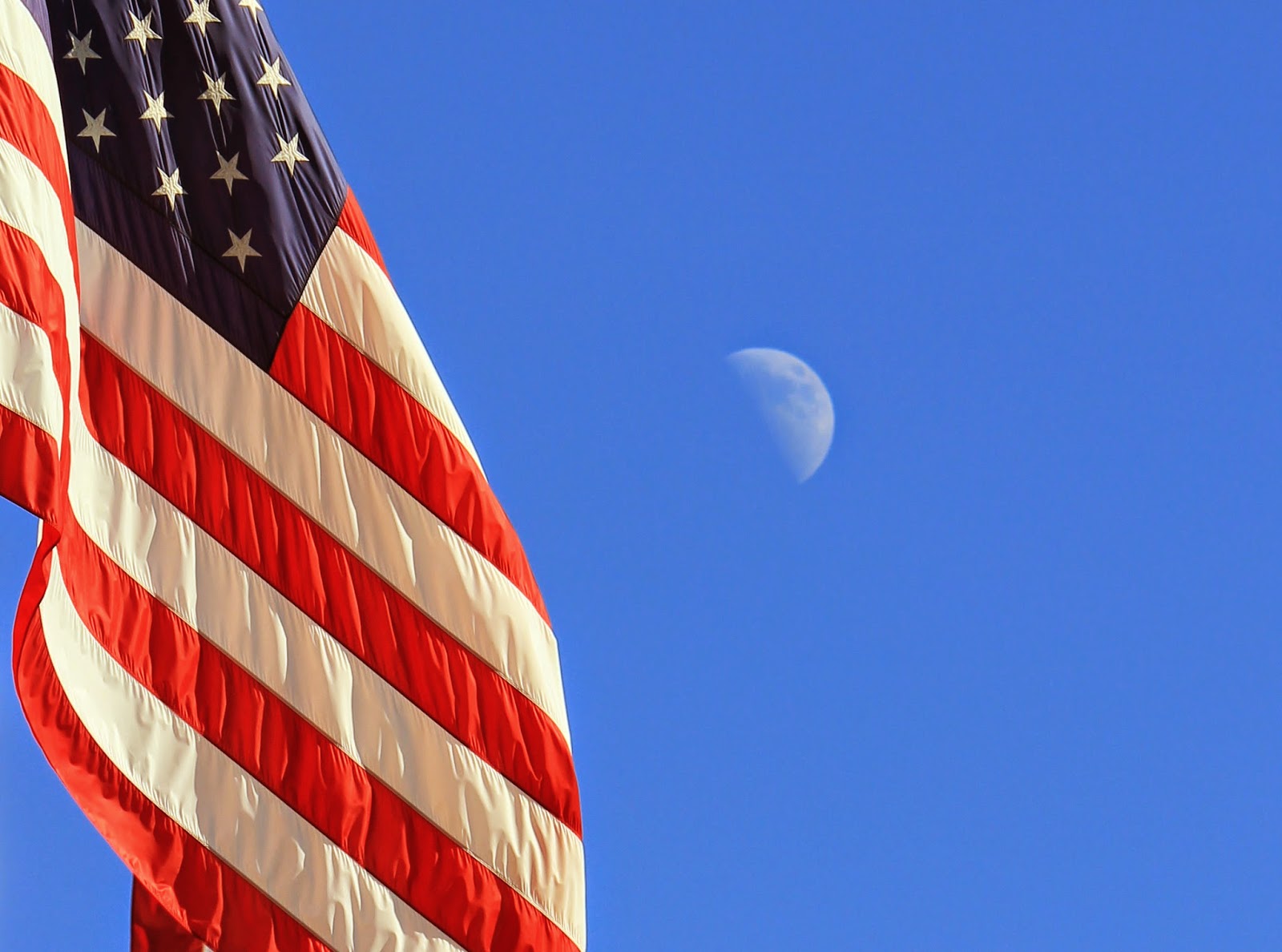 More than 50,000 headstones now line the hills of the Chattanooga National Cemetery, marking the deaths of soldiers who died in battle nearby and of former citizens who died elsewhere and returned home to rest aside fellow comrades.  But this cemetery is not the resting place for service members of American forces.  German prisoners of war that died while being held in nearby internment camps were laid to rest in these grounds and in 1935, the German government had a memorial erected in their memory.  As the original 75 acres appropriated for the cemetery in the 1860's was swept over by the white marble stones, more land was purchased to a total of 120 acres.  In recent years, the cemetery has once again encountered that situation and was set to close interments in 2015, but with local support and funding, an expansion project has been set in place to make room for an estimated 5,000 plots.

May there be no reason they be filled casualties of war.
Posted by t_mork at 10:37 AM