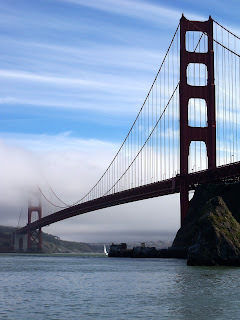 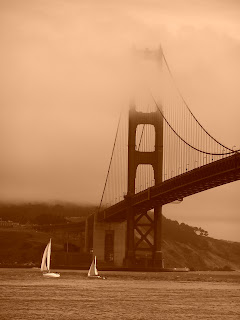 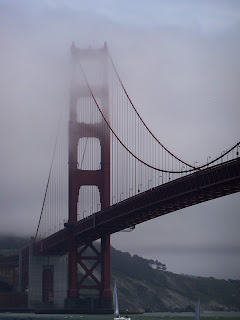 About five years before this picture was takenI had seen a similar photograph and when I moved to Coastal California where fog is pretty prominent, I thought it would be an easy catch. Well, I was wrong! After more than a year and a half of waiting, weeks beforeI move I finally got the shot I had been waiting for: The Ghost Bridge.  My favorite is the center photo taken with the sepia tone and with immense luck, two well-located sail boats to complete this masterpiece. 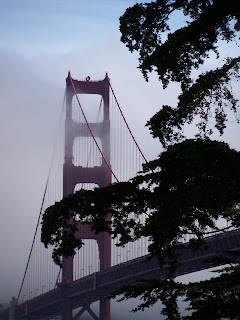 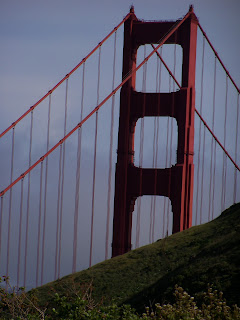 The two main cables are anchored down at the concrete towers at each end of the bridge, which spans 1.7 miles over the line of what is the San Francisco Bay and the Pacific Ocean.  Each cable consists of more than 27,000 strands of wire, totaling more than 80,000 miles of wire!

On the left is a shot of the bridge from the parade grounds of Fort Baker.

Emerging 745 feet from the surface of the Water,
the Bridge was a feat from it's Birth.
Posted by t_mork at 2:07 AM