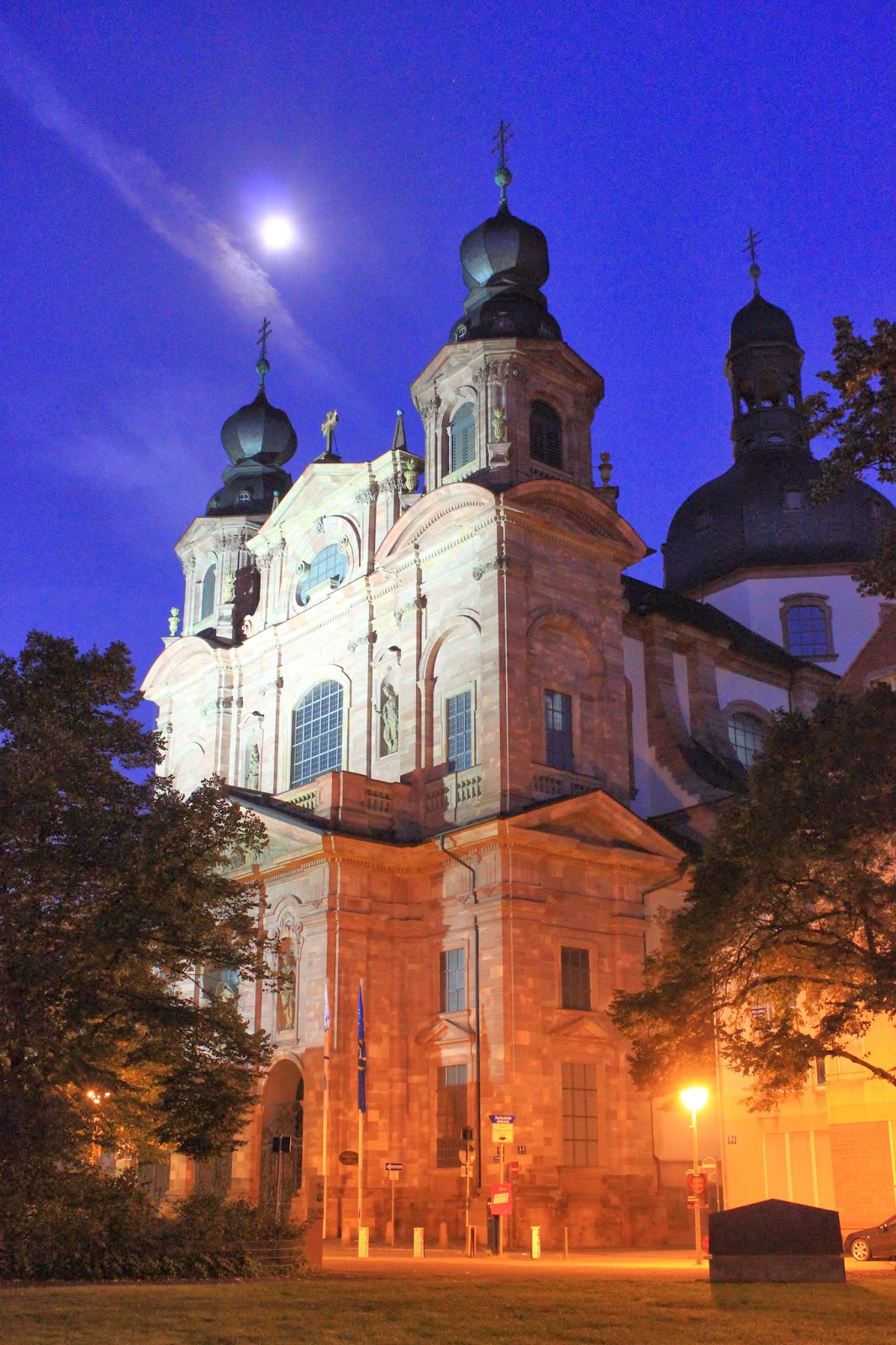 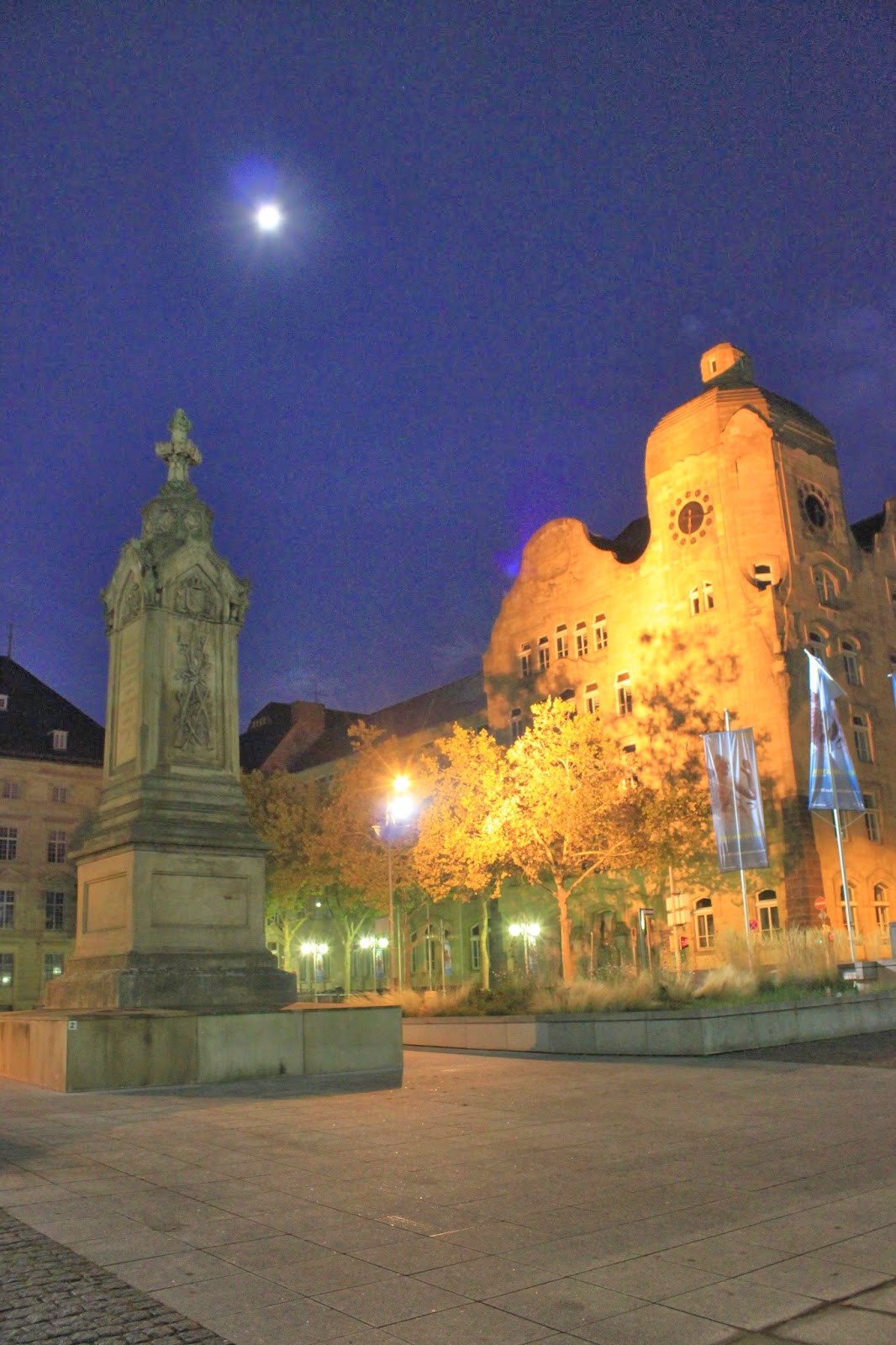 As soon as I tossed my bag down in the hotel room, I was set out to explore, but only after having a hardy meal first!  And that I did at Gaststätte with a "substantial" serving of Schweinelendchen a la creme with champigions in hollandaise sauce and naturally, a few steins worth of local brew and gluhwein for the first time as a dessert!  After that, I began my adventure through one of the oldest grid pattern city of Europe!  While walking around, I quickly discovered a large difference between my generation of Americans versus my German counterparts as to how we socialize.  By the hundreds or even thousands were people just walking together, sitting around a table talking or window shopping.  I swear that I spent a few good hours just wandering through the downtown area until I found someone pull out their cell phone and focus in on the cyber world. 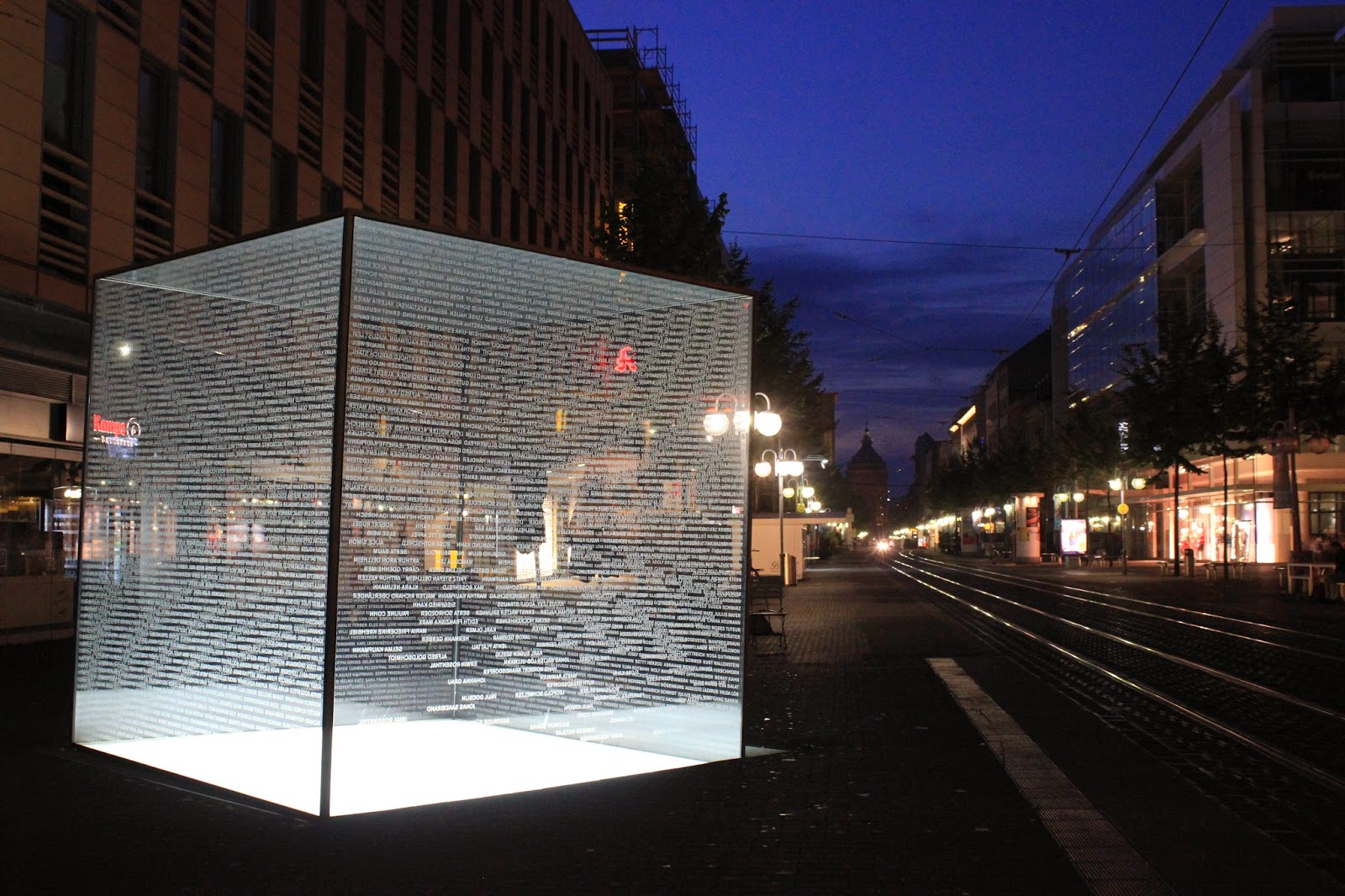 While doing my usual research post-photographing for this blog, I discovered that the interior of the Jesuitenkirche, top right, was something I should have taken a few moments to take in!  However, my stay on the banks of the Rhine were more than pleasant enough, especially when I wander through the old palace that now serves as the University of Mannheim pictured below.  I was quite thankful for the university for just the right amount of light to "paint" this panorama!  I had one of those moments were I started doing a little happy dance until I realized that there were other night owls out and about as well!  In all considerations, I may have to look into studying abroad... and I have a feeling that Mannheim will be a likely candidate!