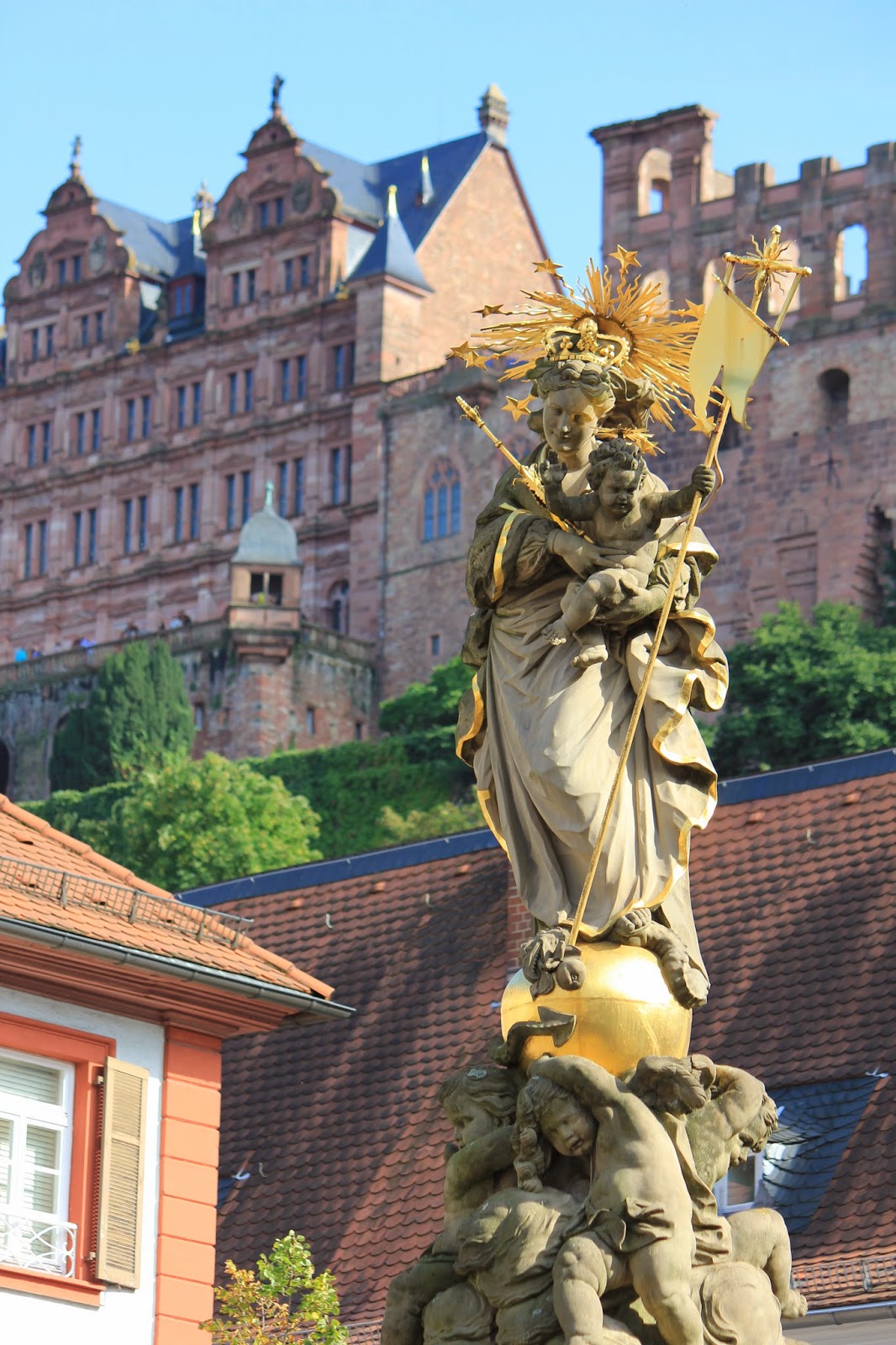 Situated on the slopes of Königstuhl, meaning "king's seat", stand ruins of the Heidelberger Schloß, one of Germany's most notable ruins as well as one of the most extensive and significant Renaissance structures north of the Alp mountains.  Tracing the castle's lineage reaches back to 1214, but since then has faced a many difficult times throughout her lifetime from wars of men and the wrath of Mother Nature, most commonly the fury of lightning.  After being rebuilt and expanded upon by her residents came to an end at the close of the Thirty Year's War, the scars left on her facade that can still be seen today after more than four centuries.  Unfortunately for me, the inner ruins were undergoing reinforcement construction while I was visiting and was unable to go see the ghostly halls and quiet courts of yesteryear's rulers.  I did however explore nearly all of the garden terraces that I possibly could!  From here, I was able to take in numerous fantastic views of this charming river city, especially if blessed with blue skies! Aside from the awesome views that I took in, the kiosks at the gate serving fresh wursts with an endless selection of mustard sauces and perfectly spiced sauerkraut complimented with locally brewed beer almost made me take up residence here at Heidelberger Schloß!  I am sure I could supplement my addiction to German food by my love for history and architecture as a tour guide or even a restoration handyman!