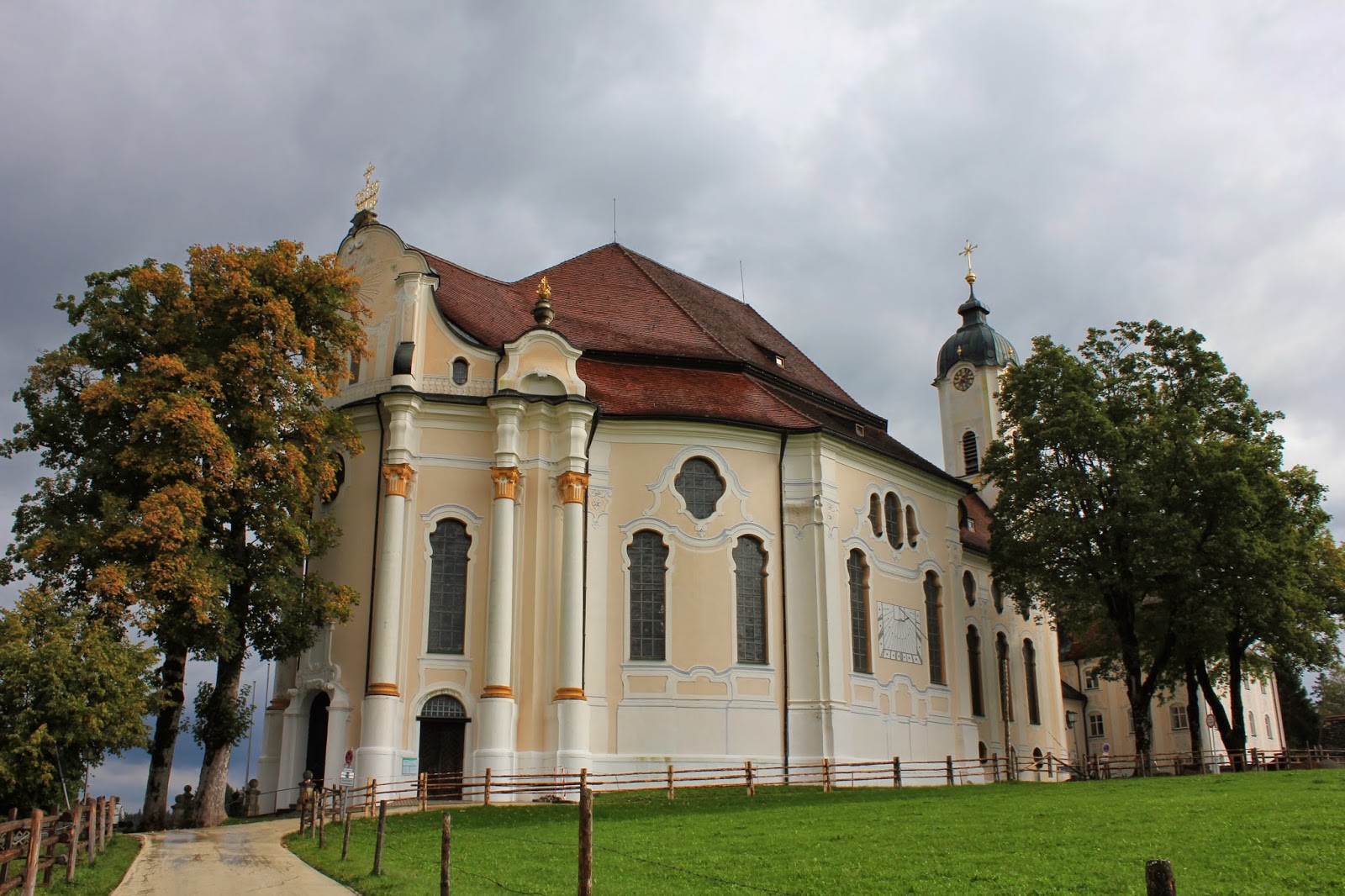 Looking out from my rain-drop spattered window from the bus through the rolling green hills of Bavaria, I was not sure what to expect from this small pastoral parish.  Stepping out from the bus, the rain let up as if on cue for me as I ventured up the path to a set of rough grain grey wooden doors. However, the saying "Don't judge a book by its cover" could not be any more applicable then for the Wieskirche.  Entering into the interior of the church through a side door of the narthex, the splendor of this small alpine sanctuary unfolded before me.  The story behind the founding of this shrine is as unique and beautiful as the structure itself.  An old, wooden statue depicting Jesus on a column after being flagellated was said to be put in a back room in storage after years of service to traveling pastoral priests appeared to have tears shedding from the eyes.  Falling out of adornment, the statue was once again revered by pilgrims from afar as the word spread of this miraculous statue.  Two years after discovering the teary eyed Savior, a small chapel was constructed in 1740 to provide a place of worship to the incoming pilgrims from as Italy.  As the numbers of worshipers continued to rise, the Abbot of the Premonstratensians called for a more deserving sanctuary for the statue of the Scourged Savior.  The abbey had an answer to their call in 1745 for an architect for the task at hand and his name was Dominikus Zimmermann. 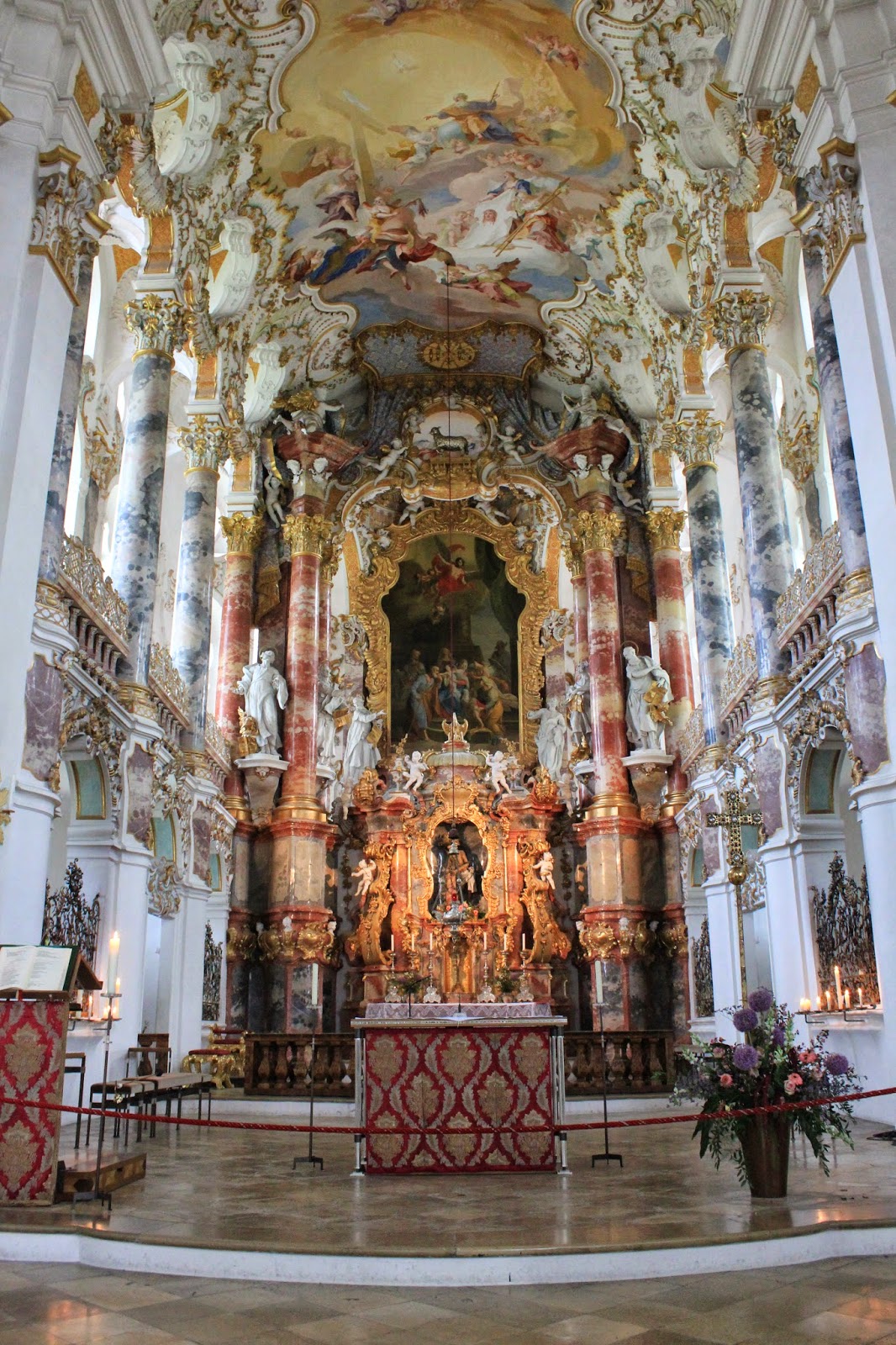 Zimmermann began his work on this magnificent masterpiece in the heart of the Bavarian Alps in 1745 and completed his work in 1754, leaving behind one of the most spectacular structures of rococo style from the Baroque Period.  As I stepped into the church under the striking frescoes above and the alabaster adornments crowing the stark-white columns was truly a heavenly experience!  The detail within the paintings with the stucco work framing their image and the wood carvings give true praise to the sacredness of the old statue that gave life and inspiration to this small countryside church of Wies. 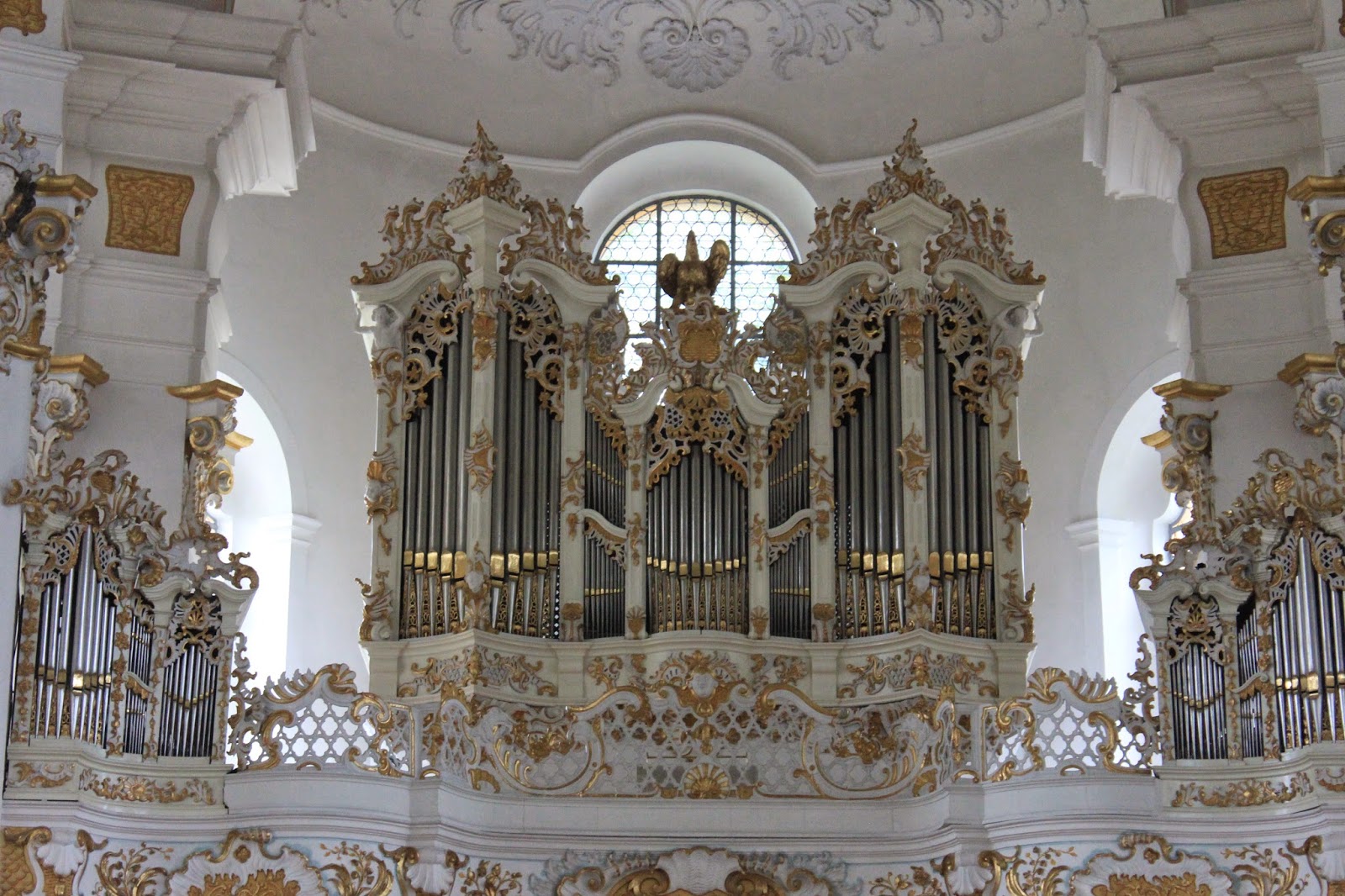 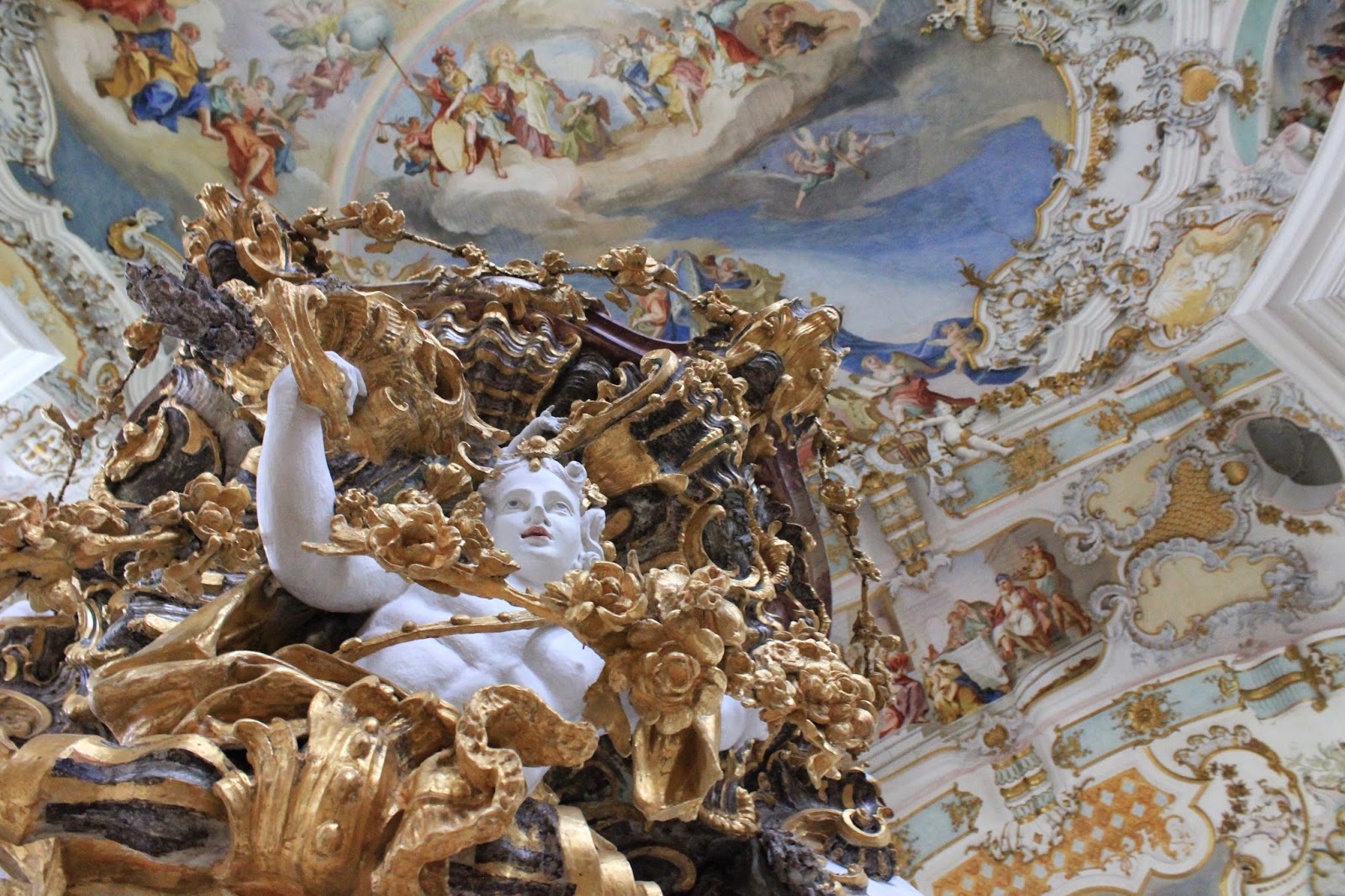