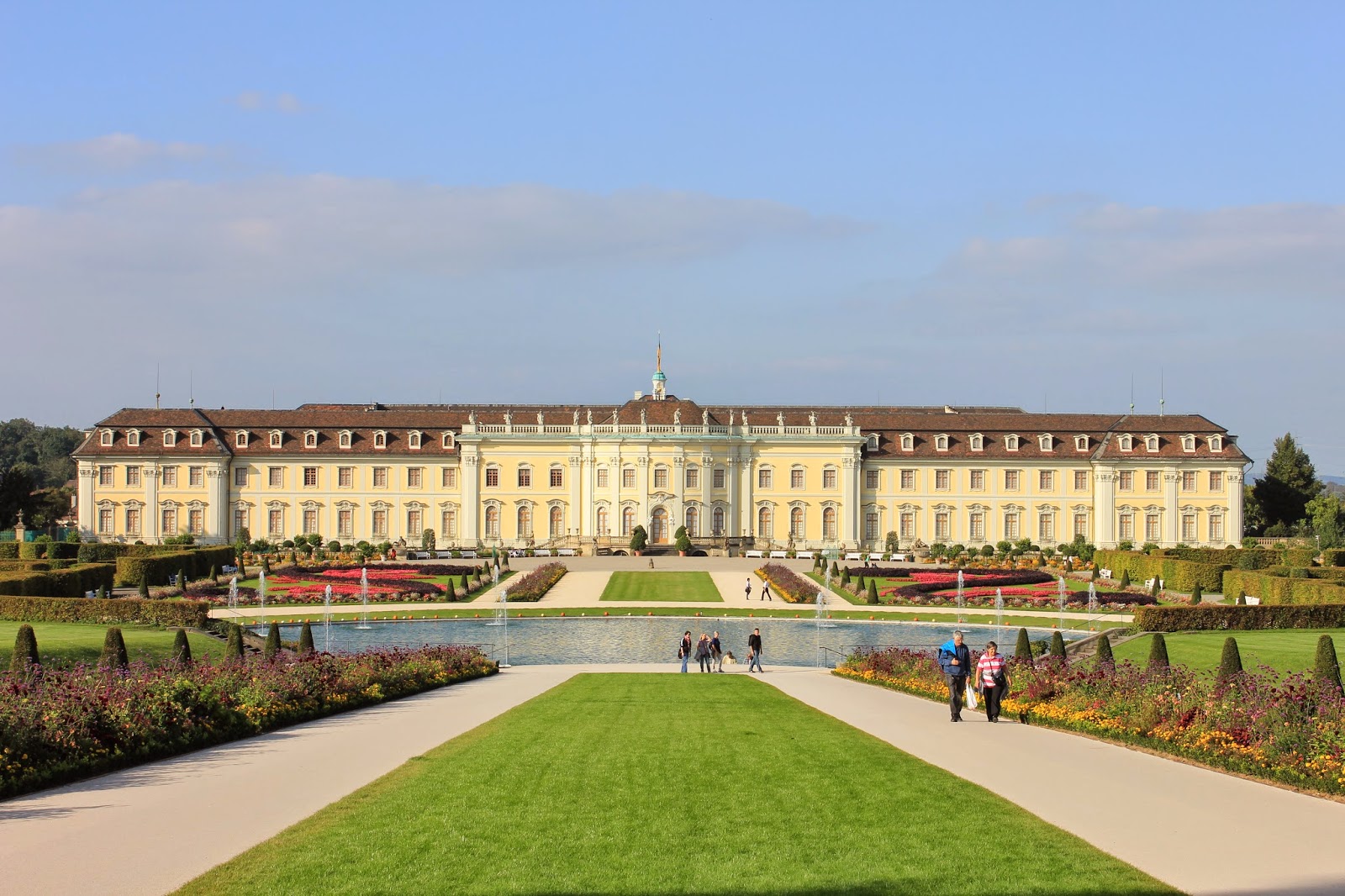 This impressive palace stands today as one of the most original examples of Baroque architecture in all of Europe, although I find the fact that this royal residence was first laid out to be a hunting lodge of Duke Eberhard Ludwig in 1704 quite interesting.  As the construction progressed, the Duke favored the area and made a few "minor" additions and made the lodge into an new principle royal residence. As the residence was passed down the line, the palace expanded especially under the reign of King Frederick I.  The King enlarged this already regal palace to a size more suitable for his status and stature being he stood at 6'11" and weighed in at more than 400 pounds!  Notably baroque in style, the influences of Rococo and Neoclassicism can be found throughout the 452 rooms of the residence, notably the two chapels and the numerous apartments.

I highly recommend taking the guided tour offered by the palace, but in addition to that purchase the access tickets to the gardens!  I was fortunate enough to come to the palace while the harvest festival was underway.  Below is one example of about thirty creations made of pumpkins and gourds of all colors, shapes and sizes.  Not only is the palace one of the largest examples of Baroque architecture, it is one of the most complete in original condition.  After touring for the better part of the day, I highly recommend going just outside of the courtyard to Cafe Schlosswache.  There I had the best schnitzel during the two weeks that I spent feasting like a king in Germany!