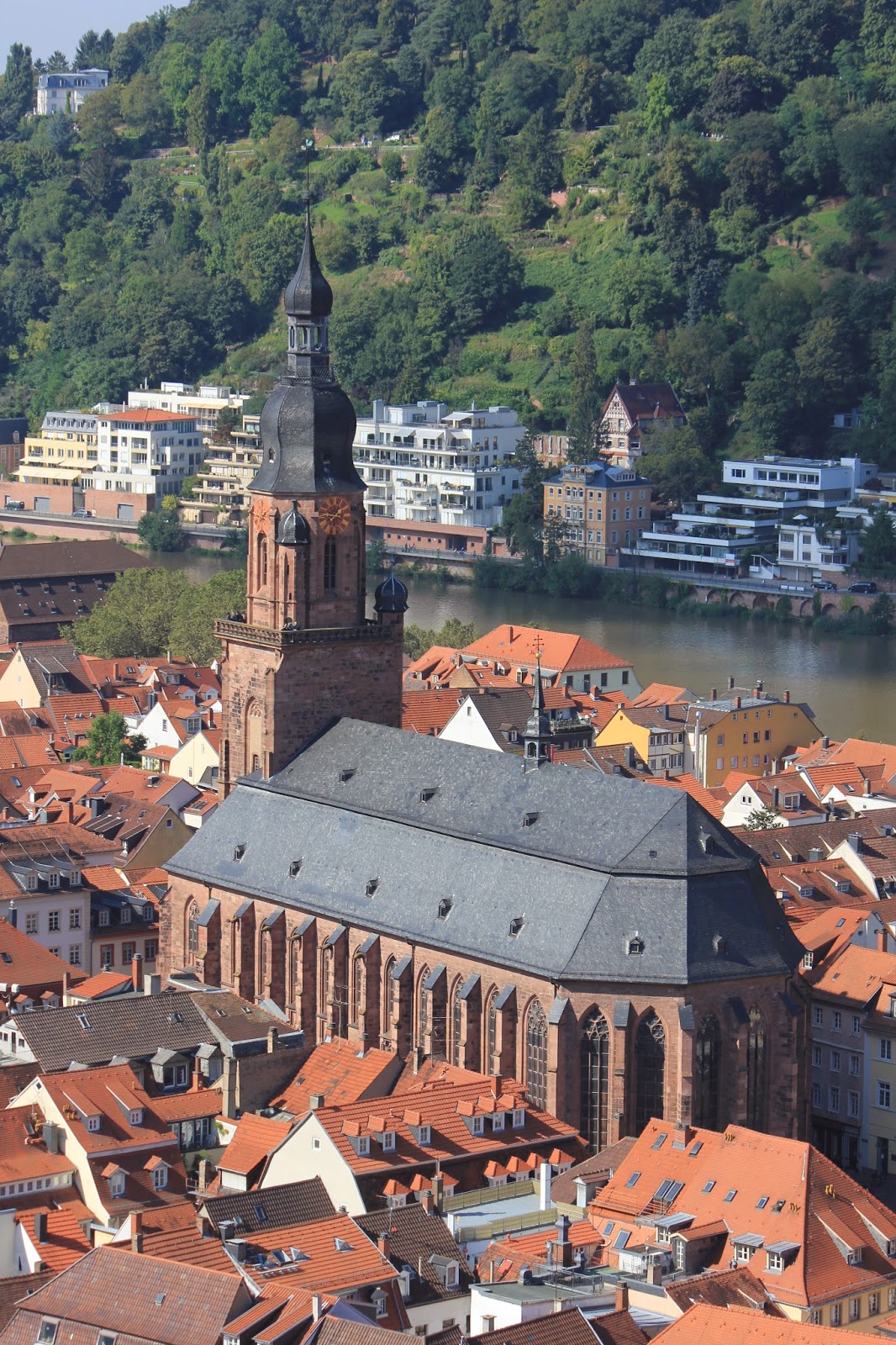 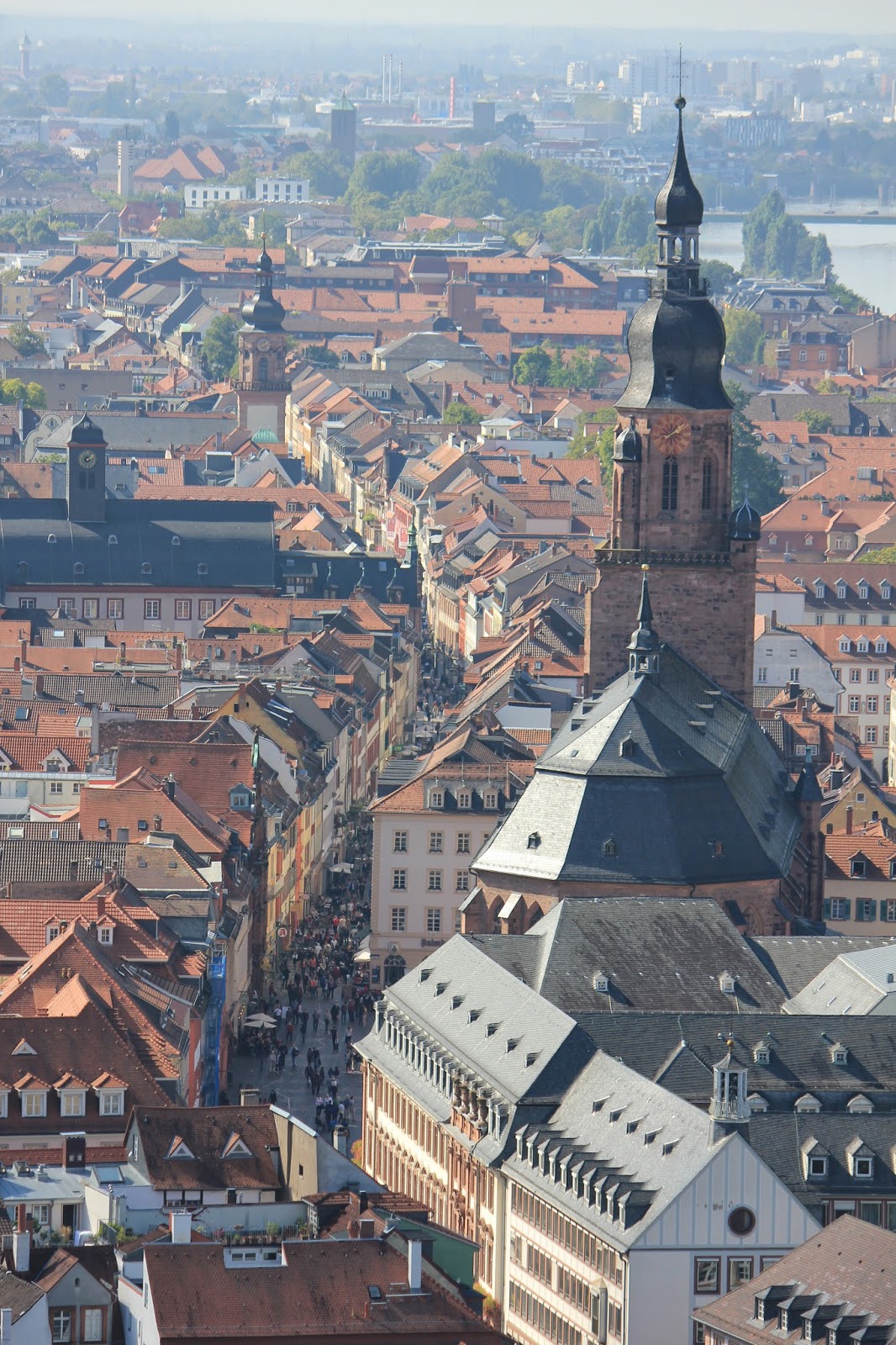 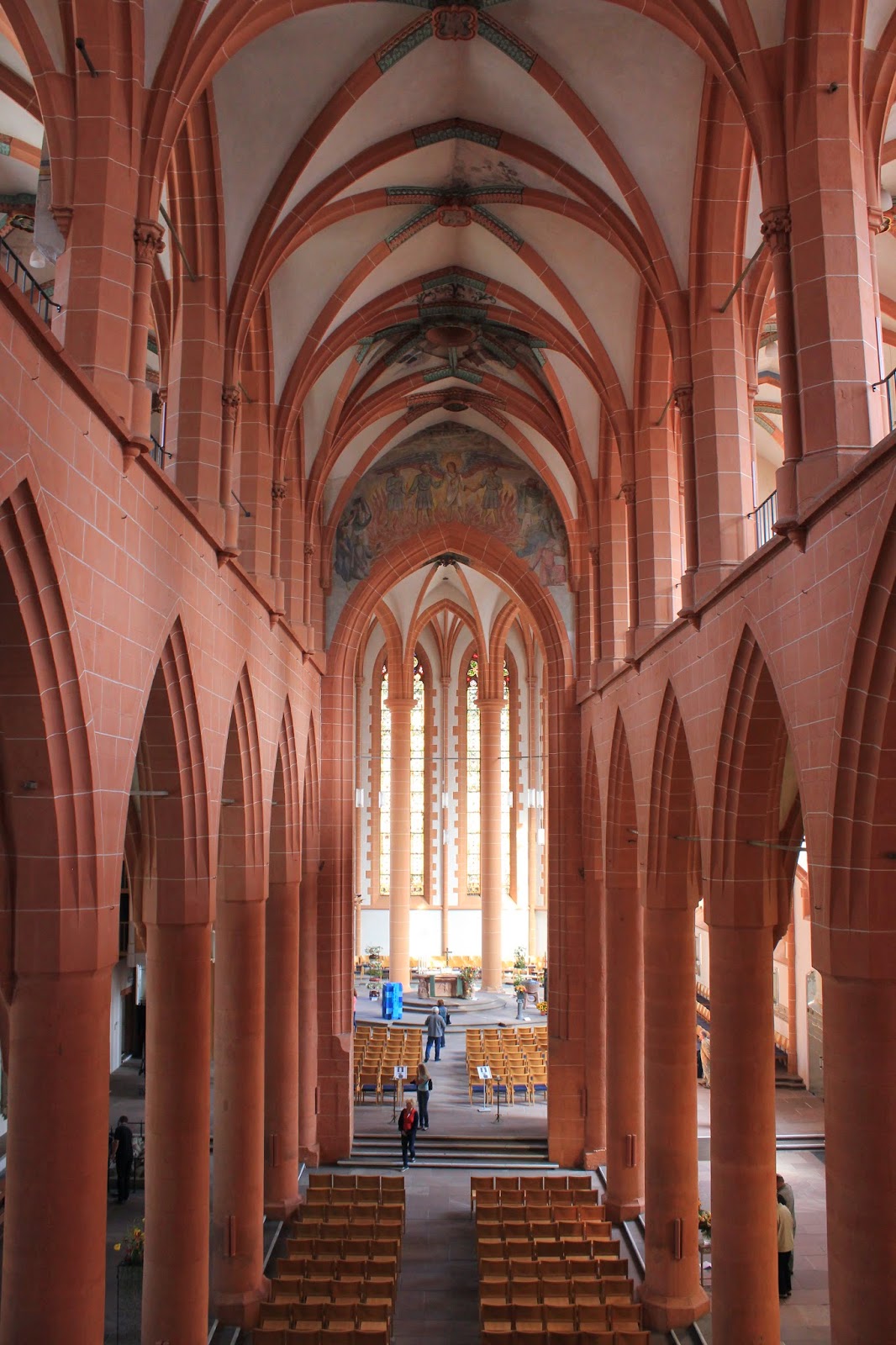 Rising above the red tile Palatine roofs of the Old Town of the picturesque river city of Heidelberg is the iconic tower of Heiliggeistkirche, or the Church of the Holy Spirit.  As I rode the bus from the train station along the winding streets, this beacon was calling my name, but after touring in the ruins of the old castle first!  For anyone who visits this amorous city, I highly recommend paying the few euros it takes to enter the old castle grounds for this stunning view of the Old Town's beating heart: Heiliggeistkirche.  Once I made my way down the bergbahn from the ruins and out unto the cobbled streets, I answered that alluring call to the ancient sanctuary echoing through the steep valley walls of Odenwald.

This being my second full day in Germany, my inner explorer was getting more and more brave.  For €2, I made the climb up the 204 spiraling stairs up to the viewing deck which is about two thirds the way up the tower.  The climb was not too bad until that last leg of the climb where the stairwell was clearly more accommodating to the average height about four centuries ago rather than my six foot and some!  That and I also had my pack on which made the climb more of a workout, probably for the better being I had just had three wursts and a pint of beer!  Although the view from the gardens of the castle are spectacular, I would have to say that the view from the tower is the best of the best that Heidelberg has to offer! 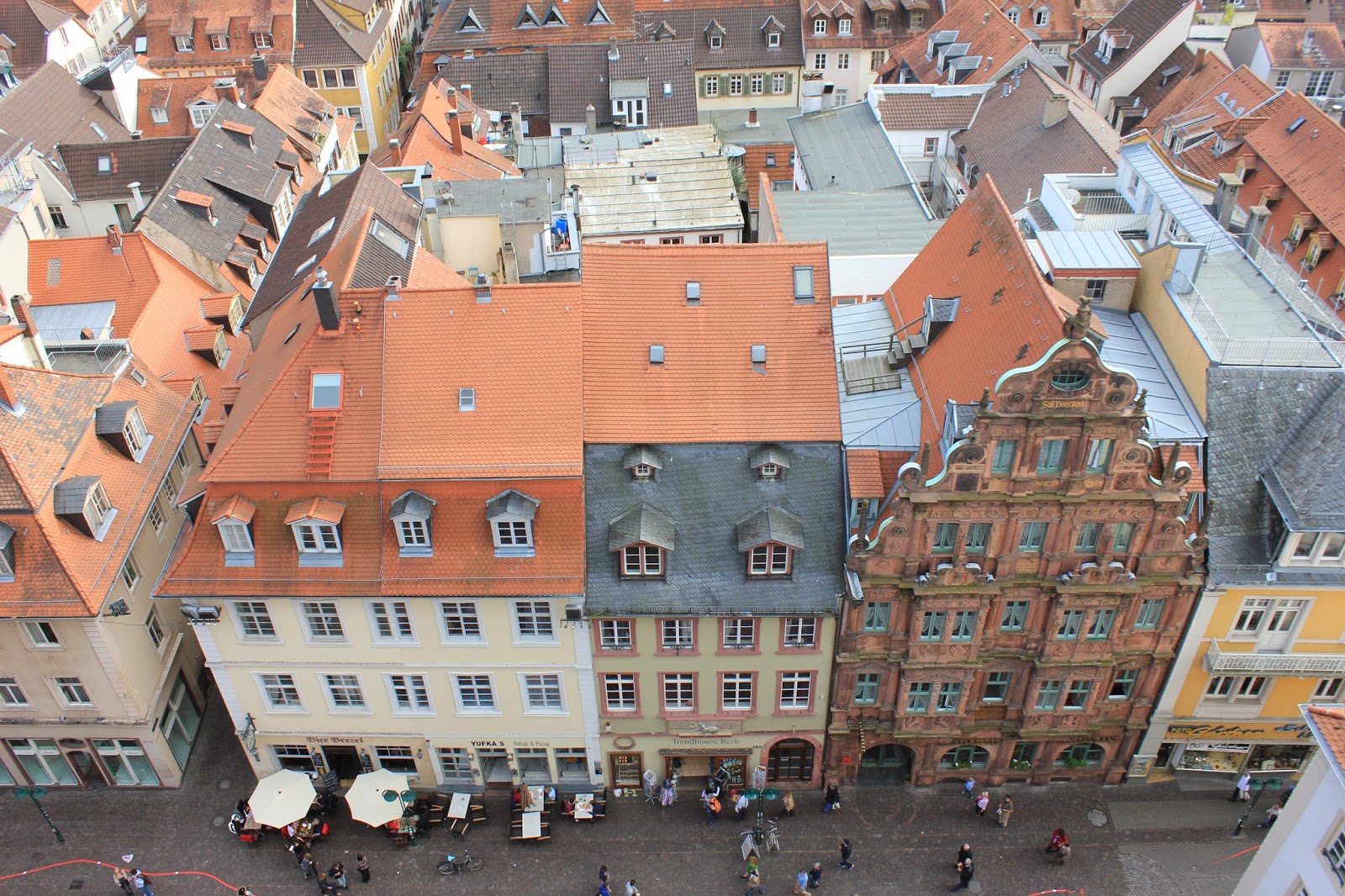 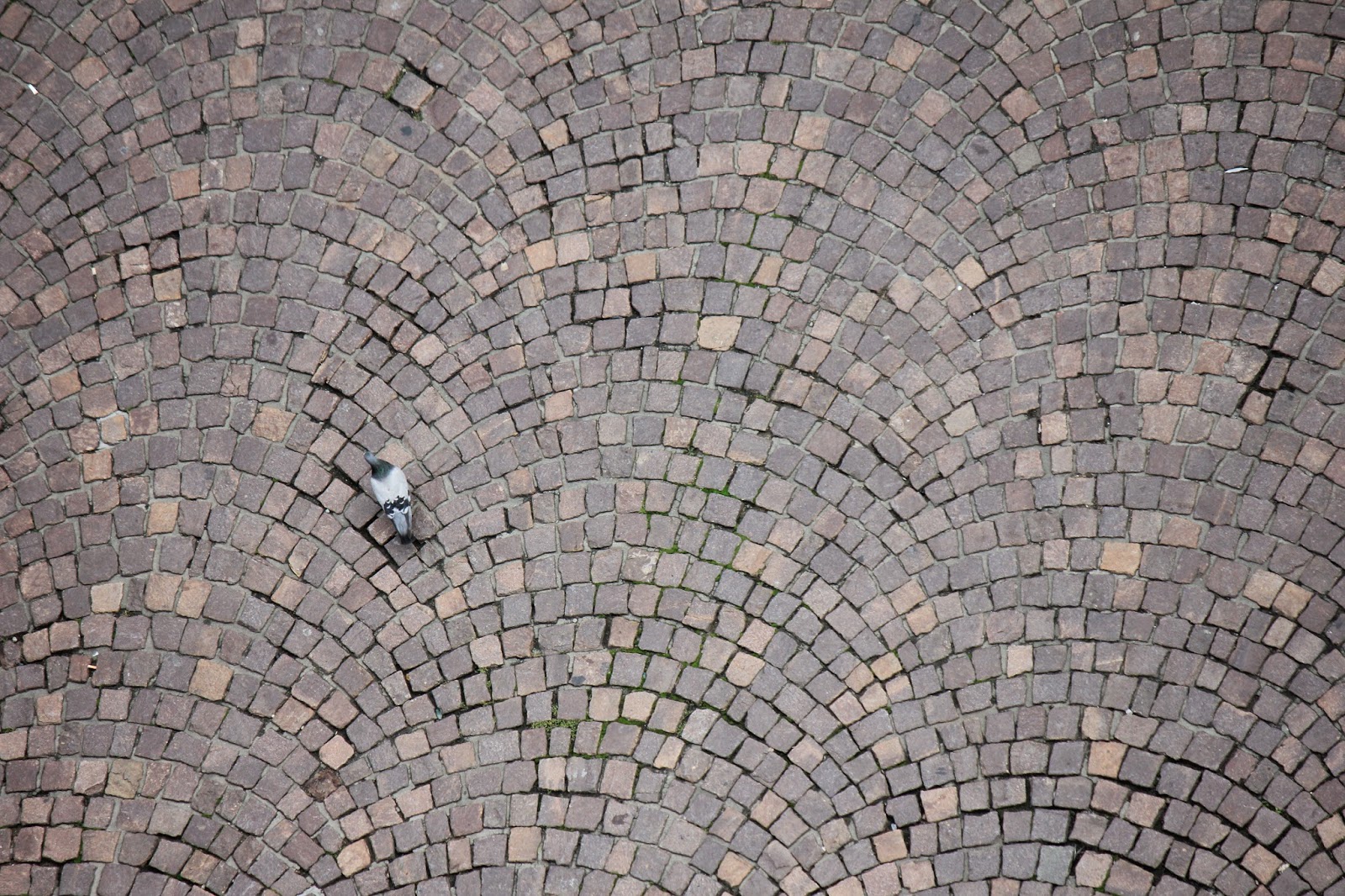