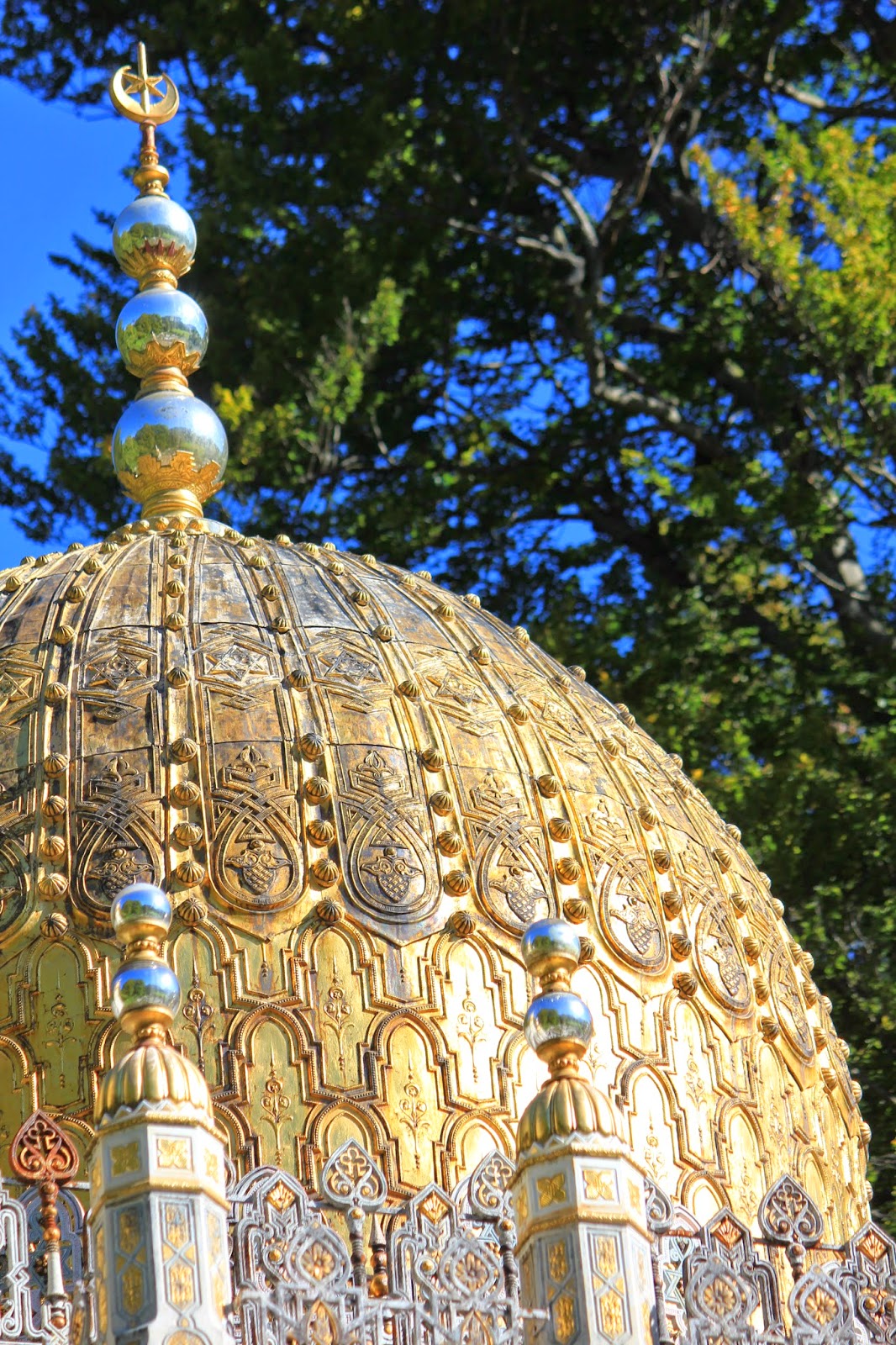 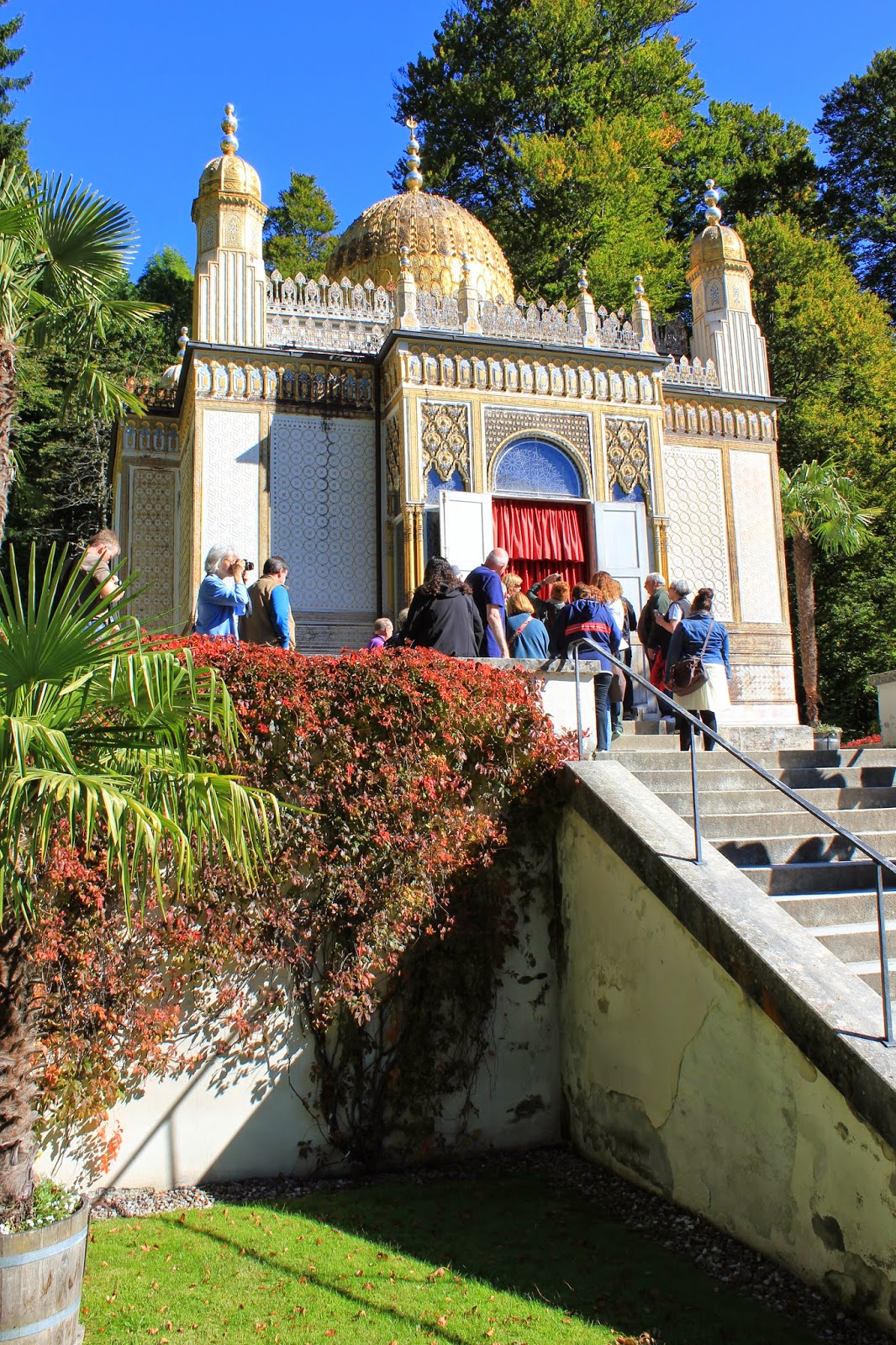 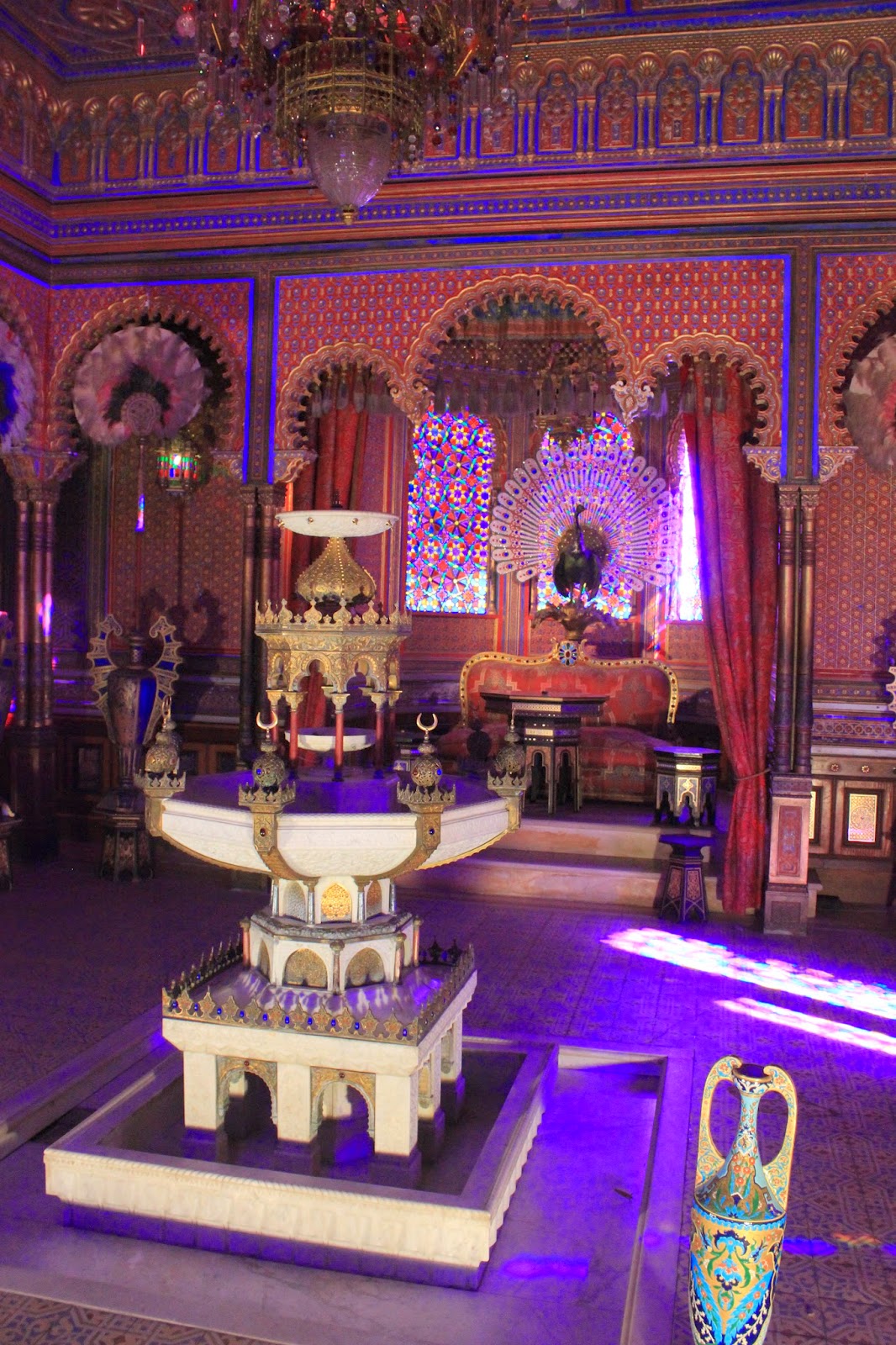 When I set out to explore this palace of a Bavarian king, finding a this elaborate "kiosk" was the last thing I imagined discovering while walking about the grounds!  Built in Moorish Arabica style by an architect of Karl von Diebitisch of Berlin for the 1867 International Exhibition and bought by a German railroad magnate Henry Strousberg.  Following the Exhibition, the structure was up for auction and King Ludwig could not out bid Strousberg.  However, after some time had passed, Strousberg had a few misfortunes and went into bankruptcy, not any bit suspicious on Ludwig's part in my opinion, and then the King finally was able to move this mysterious piece into his garden collection. 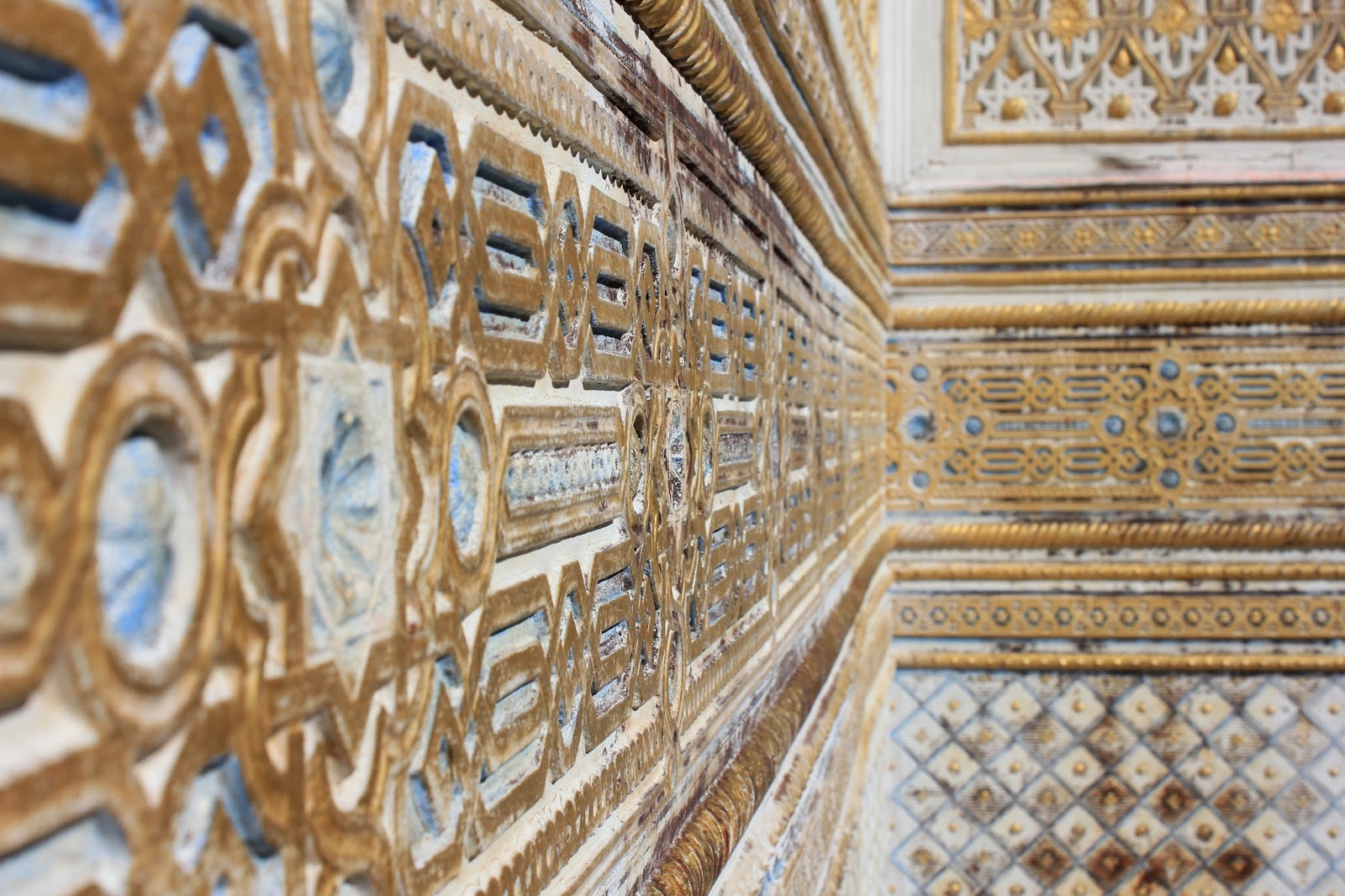 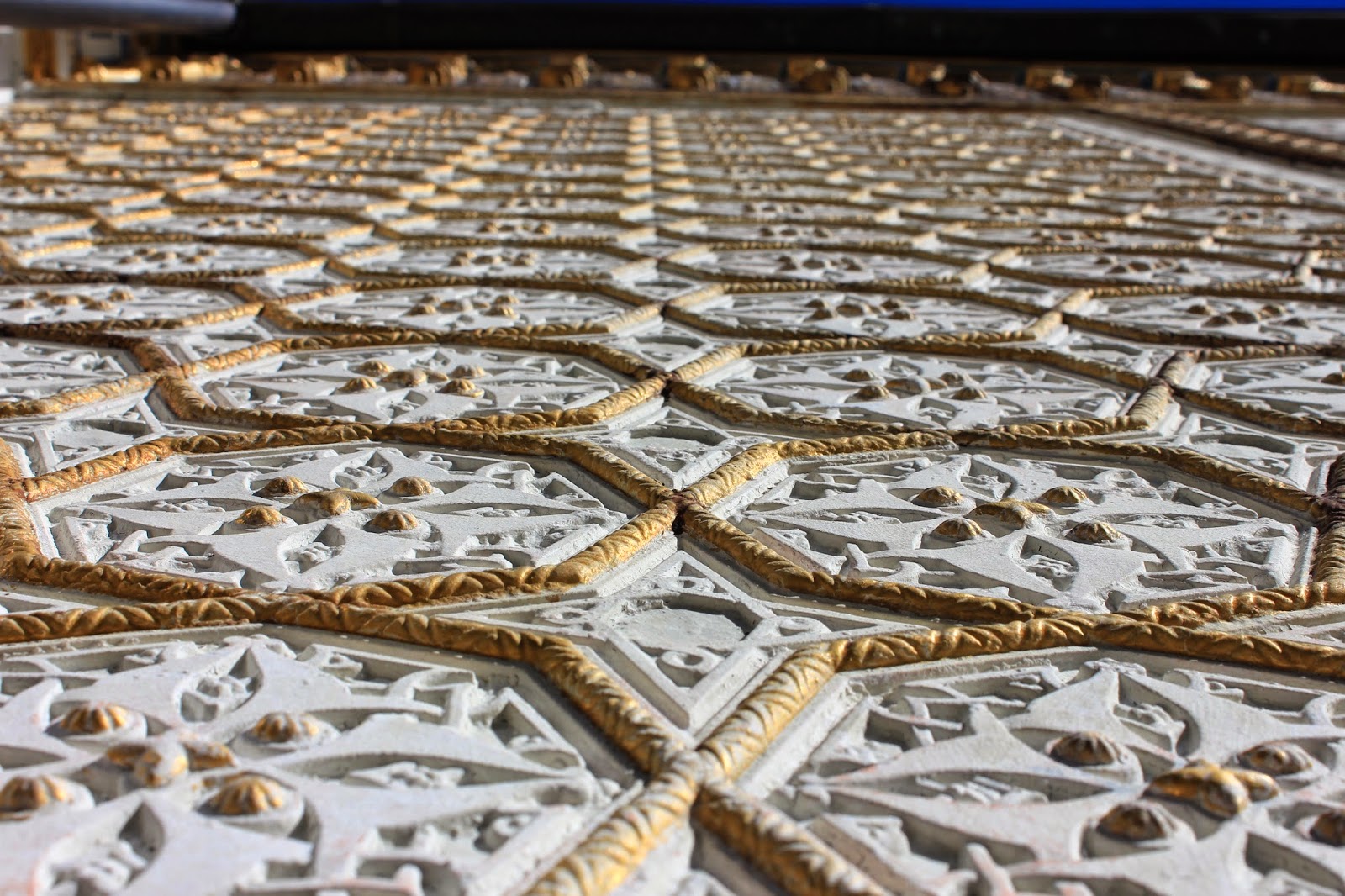 The sheer detail within every inch of this structure was incredible.  The fact that it had been built in Berlin, moved to Paris for the Exhibition, then back to Germany only to be moved two more times until the final placement at Linderhof, and still is in remarkable condition to this day!  As a collection of various pieces, one of the most impressive is the Peacock Throne, which can be seen in the top right picture.  When I asked the curator what the value of the throne itself was, she responded with "Priceless... along with a few million Euro and a first born son."  Needless to say, this beautiful piece of art is unique in style and striking in the colors that the thousands of pieces of stained glass give the gilded room endless mystery and admiration as do the mountains that stand high over the gardens of Linderhof.
Posted by t_mork at 10:40 AM