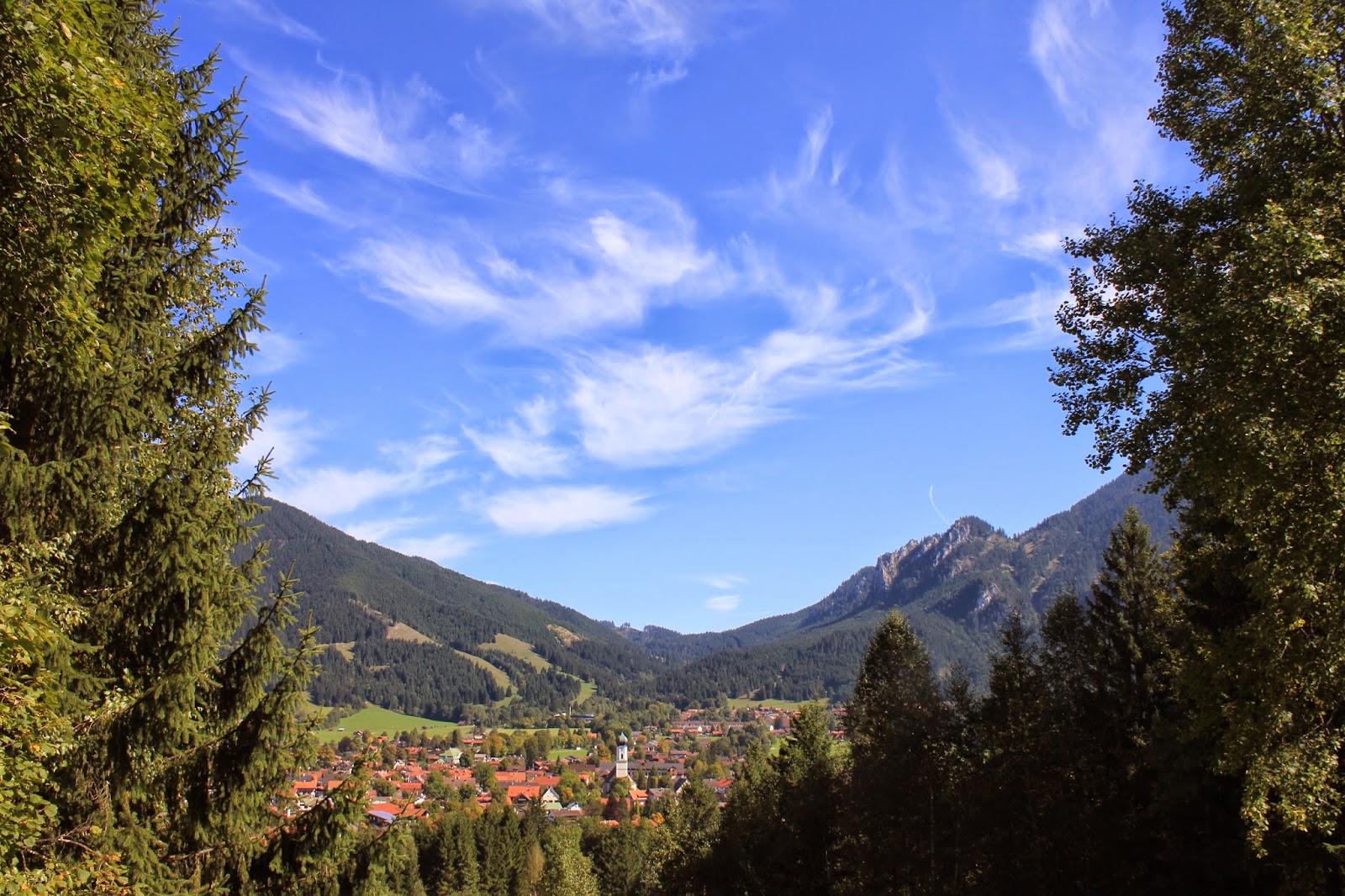 "Open to the World" - Slogan of town Oberammergau.

Nestled in the picturesque Bavarian Alps with the signature point of Kofel standing tall over mountain villages below, this quaint village is known for its beauty from the natural landscape, local craftmanship and people.  Along the cobble-paved streets are the world famous Lüftlmalereien or story-telling frescoes on the traditional style alpine homes.  Towering over the red tiles of the houses is the iconic onion dome steeple of the parish church of Saints Paul and Peter.  As I wandered along a few of the trails into the foothills, the steeple stood out as a beacon any time that I looked down below to the village.  Home to the world renowned Passion Play, the city has a profound devotion to their faith as they do their surrounding natural beauty.  With that tie, every ten years the Passion Play is performed entirely by locals with a cast and crew upwards to 2,000 people with the pristine mountain views as part of the background set.  The tale of the Passion Play begins in 1633, as the bubonic plague swept across Europe.  The residents of the small mountain village are said to have pleaded and made a vow to God if their villagers were spared from the plague, they would dedicate a play to the life and death of Jesus.  Seeing a drastic drop in the number of dead following their plea, the tradition of hosting the Passion Play started.  The production is held in each year ending in zero making the most recent performance performed in 2010, marking the 102nd session of the Passion Play. 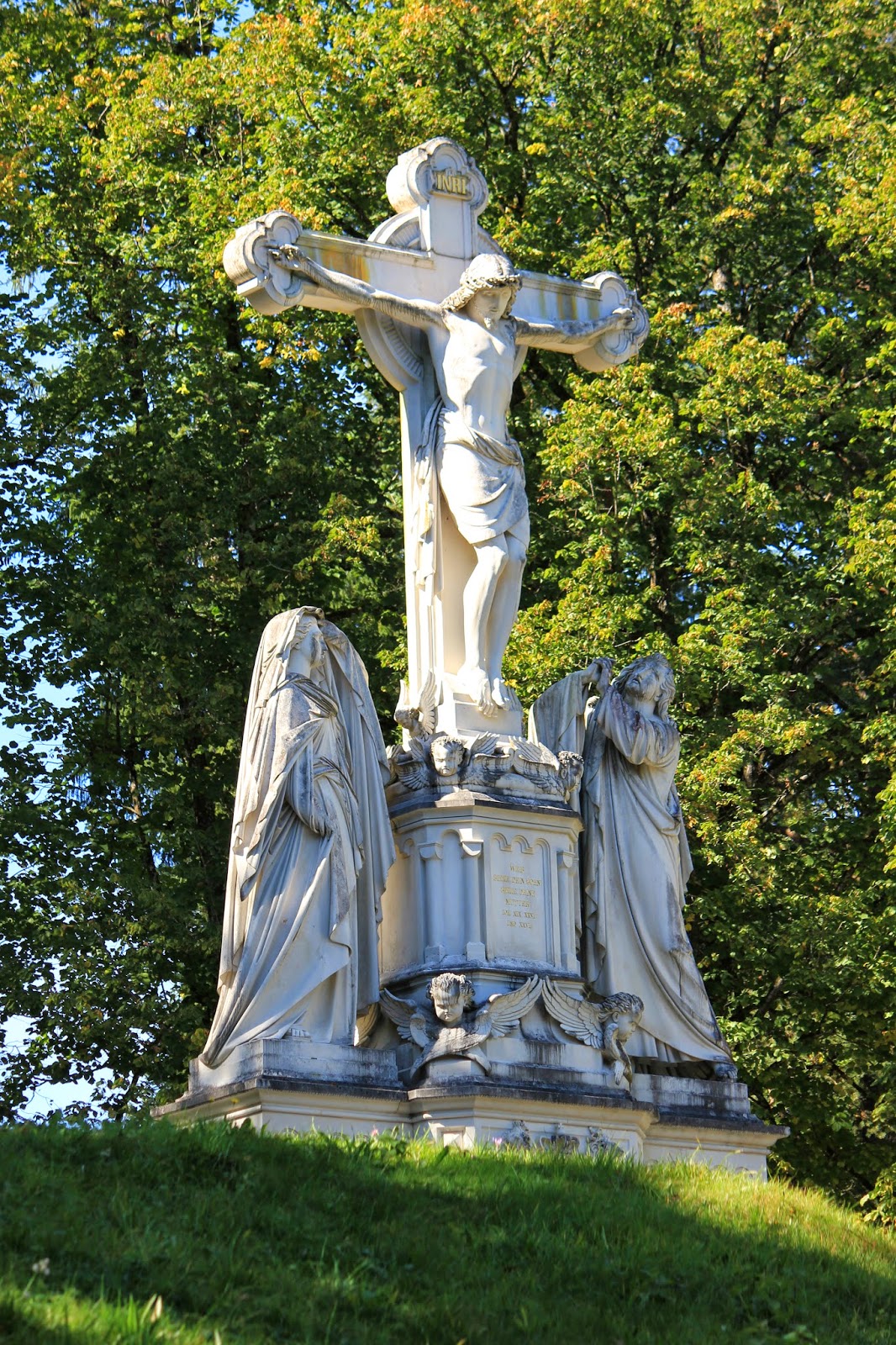 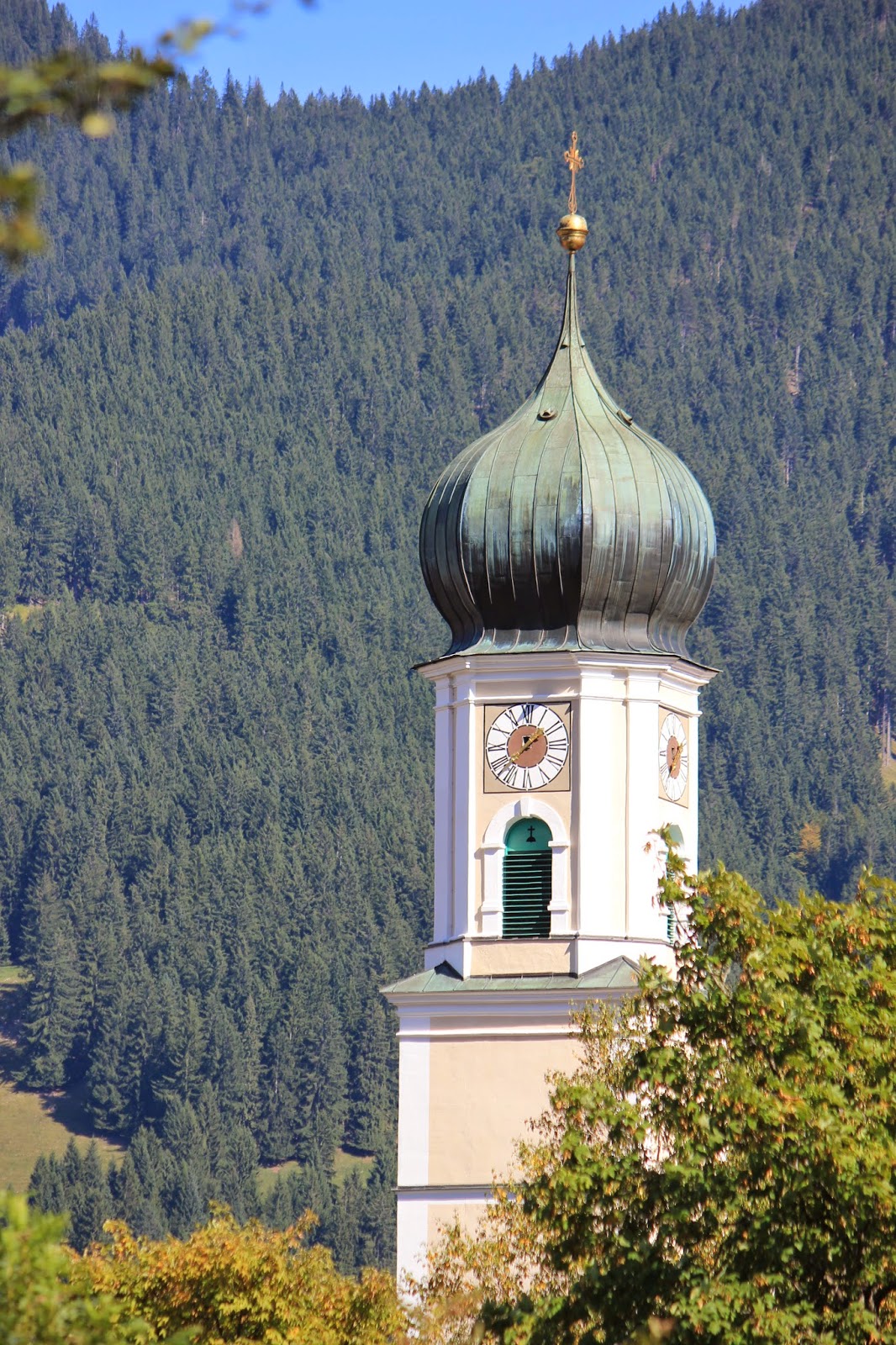 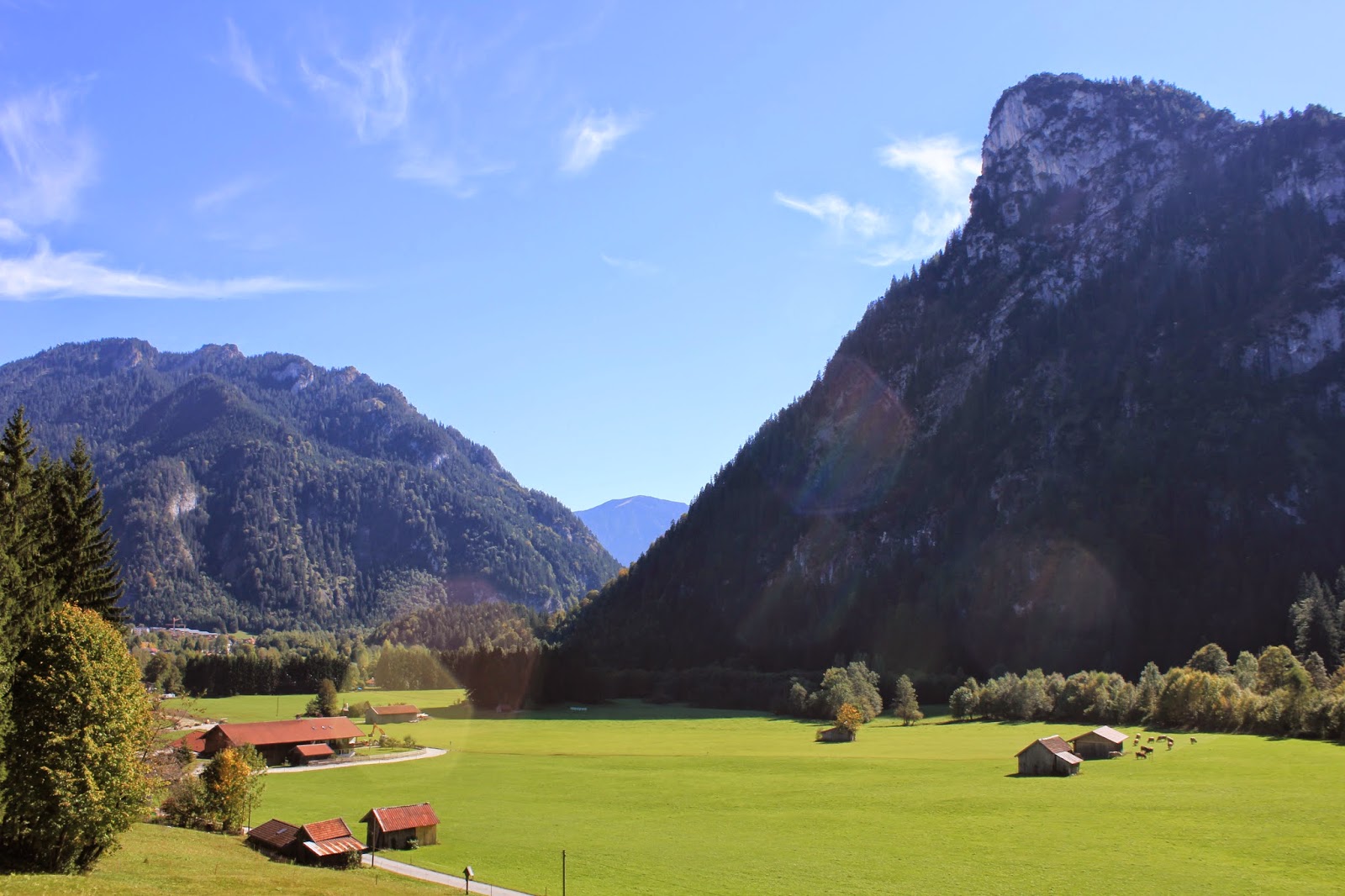 On the eve of the 26th birthday of King Ludwig II, a special peformance of the Passion Play was held just for him.  Four years following the honorary performance, the King gifted the massive statue depicting the crucifixion of Jesus Christ to the people of Oberammergau.  The statue stands nearly 40 feet (12 meters) tall and overlooks the village below as seen in the image at the top of the page.  As I walked along the Ammer, the glacial fed river that wends through the valley bottom to the path to the "Kreuzigungsgruppe" or the crucifixion scene, I was in awe of the sweeping green pastures, forested mountains, and curious cows.  As part of the alpine catholic custom of Gipfelkreuz, or summit crosses, the top of Kofel (pictured to the right) also is adorned with a cross bearing the crucified Jesus Christ.  I hope to make the hike up to that summit on a future adventure to Bavaria only to justify eating more of the delicious gelato!

Above are only a few of the many Lüftlmalereien that tell traditional tales of Bavaria, children's fables known throughout Germany or even family histories of people of Oberammergau.  Another common sight among homes in Bavaria are windows skirted in mounds of geranium flowers.  While I ventured from the stone paver streets to the fores paths, I crossed the river Ammer and was amazed by the crystal clear water!  Knowing that this water came from high mountain glaciers, I can only imagine how chilled the water is but these ducks did not seem to mind at all!
Posted by t_mork at 11:05 AM