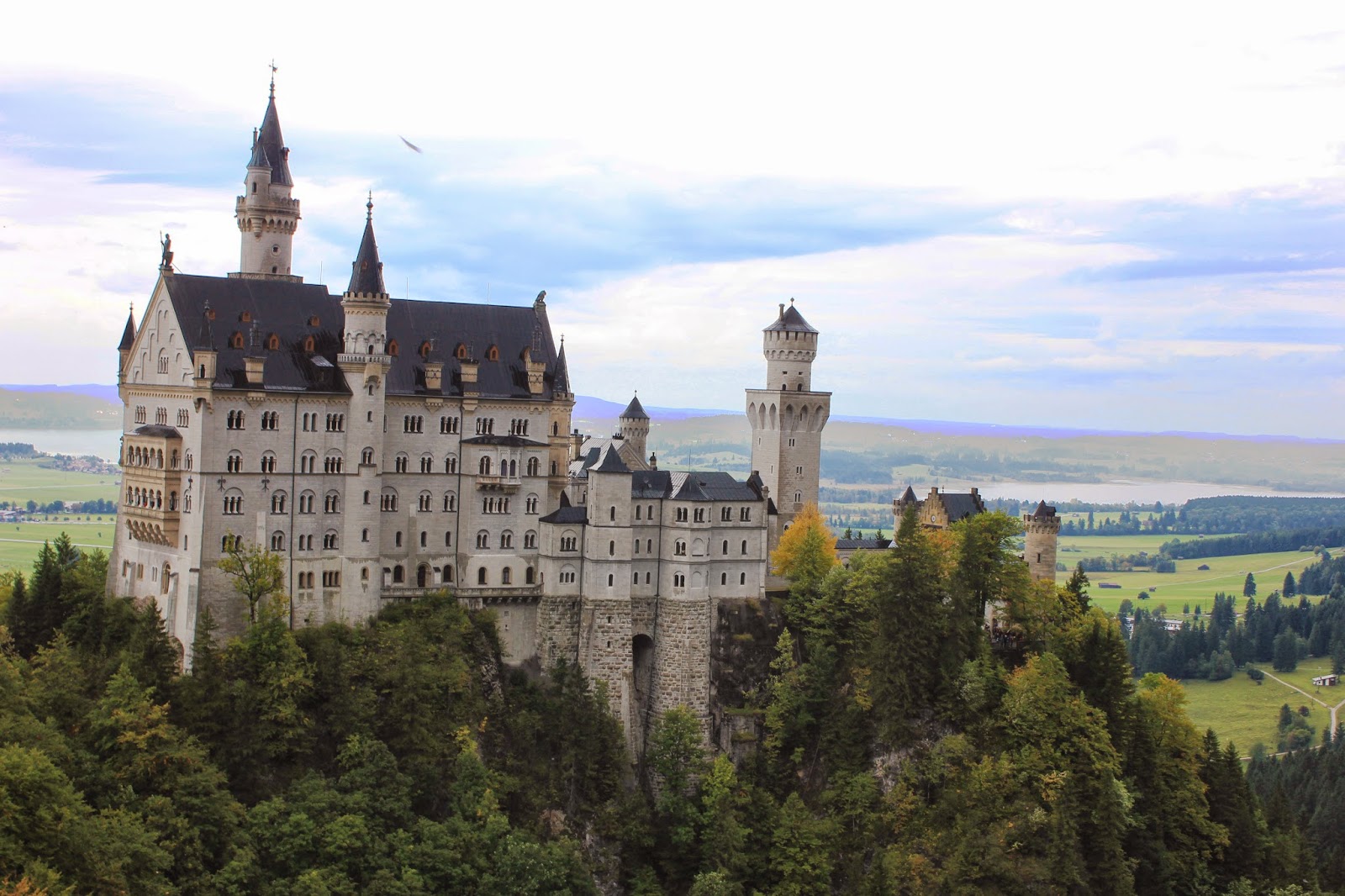 After gazing into beautiful image of this castle set in a winter scene in my grandmother's home, I had dreamed of visiting this fairy-tale place.  I will openly admit, I had been working out my plans to visit Germany since I was about 12 years old and Neuschwanstein was always at the forefront of priorities of destinations.  As the bus left from Garmisch and passed through the Bavarian countryside flanked with the momentous Alps, I sat in my seat anxious as a young child waiting for Christmas to come.  When the bus made a left hand turn to head south and passed the iconic Church of Saint-Coloman, I could barely contain myself for I caught a glimpse of the "new swanstone" turrets rising out of the mist.  Once the bus came to a stop in the parking area, my heart was about to beat out of my chest, firstly because the castle was near, and secondly, we had parked right next to a chocolate shop and a Bavarian bakery!  After warming up with a hot chocolate made with heavy cream (healthy as can be!), one or four pastries, and a handful of chocolates, I was ready to start my journey upward!  I had a few hours until my allotted tour time, so I headed for the Marienbrücke first.  Pictured below on the right, is the bridge King Ludwig had built for his mother Marie to enjoy on her daily walks through the fragrant forests of Bavaria.  For me, the bridge served as an excellent viewpoint to take in the ever-changing landscape as the rain gave out to the sun to shine on the white stone castle. 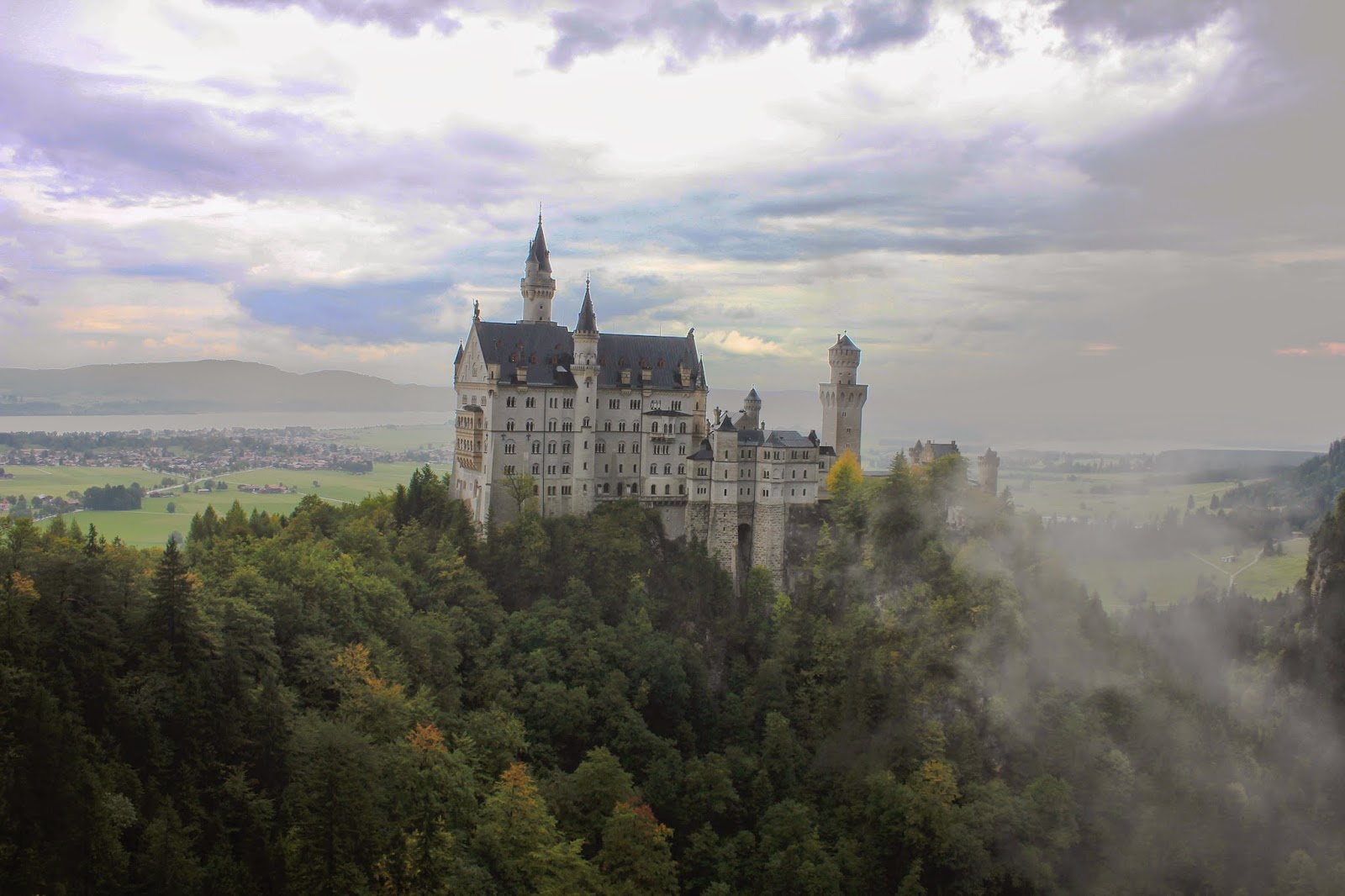 Now for background history on this mystical mountain castle, Neuschwanstein was the dream of the Bavarian King Ludwig the Second.  The King was a friend and great admirer of Richard Wagner and drew inspiration from Wagner's operas for styling this dream "Palas" of Bavaria.  After years of sketches and drafting how the castle would look, where to build it and how to build it, the end product resulted in this Romanesque Revival fortress set atop a rocky outcrop above his parent's castle in southern parts of the kingdom.  With the "swanstone" white marble coming from a nearby quarry to fit the majority of the building project, other stones such as the white marble for the windows came from Salzburg, Austria, and the sandstone came from the neighboring kingdom, Württemberg.  The cornerstone was set on the fifth of September 1872 and then the construction ensued on the colossal project until the "topping out" ceremony in 1880, denoting the completion of the structural work but the undertaking of the interior would remain unfinished even to this day.  At the time of the mysterious death of King Ludwig II, the royal living spaces along with a few corridors and halls were completed.  Having only spent 11 nights in his dream refuge from the outside world, the castle's construction would go on but lacking the grandeur that the Ludwig would have desired.  The king had used his private funds to build this dream sanctuary of his rather than using the public funds of Bavaria, but had to resort to taking loans as revisions to the construction led to more costs than anticipated.  In the end, King Ludwig II had accrued a debt of 14 million marks in 1886 and the one remedy the royal family thought of to pay of the debts was to open the majestic castle to the world which was the one thing the King was trying to escape.

I visited the castle in early October, and in the time that I waited in my "express" lane for the tour, I would estimate eight groups ranging from 25 to 40 people would enter in the halls of the castle.  With that being said, millions had passed through the Square Tower's massive door to venture into the fairy tale castle among the towering Bavarian Alps. 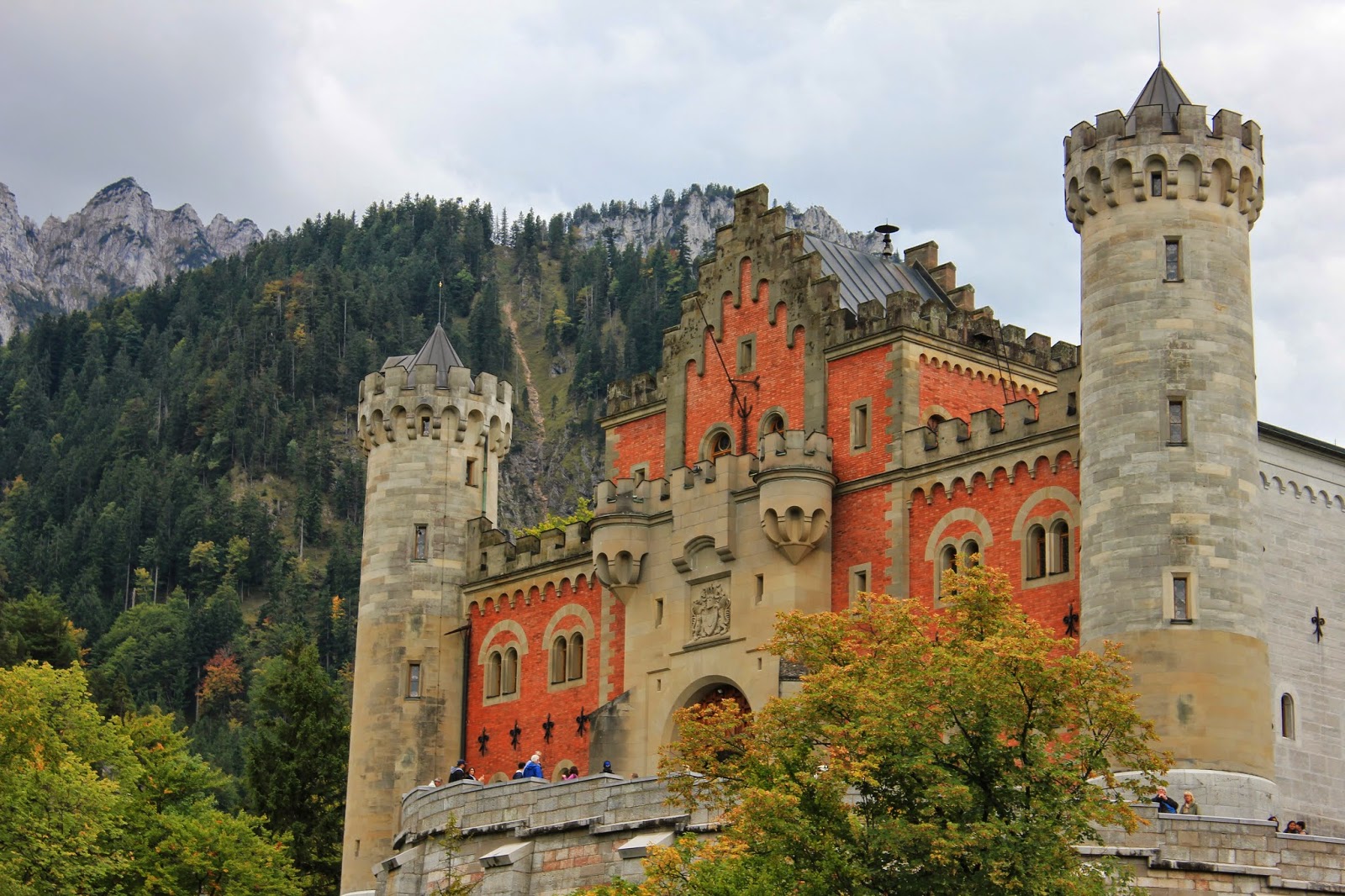 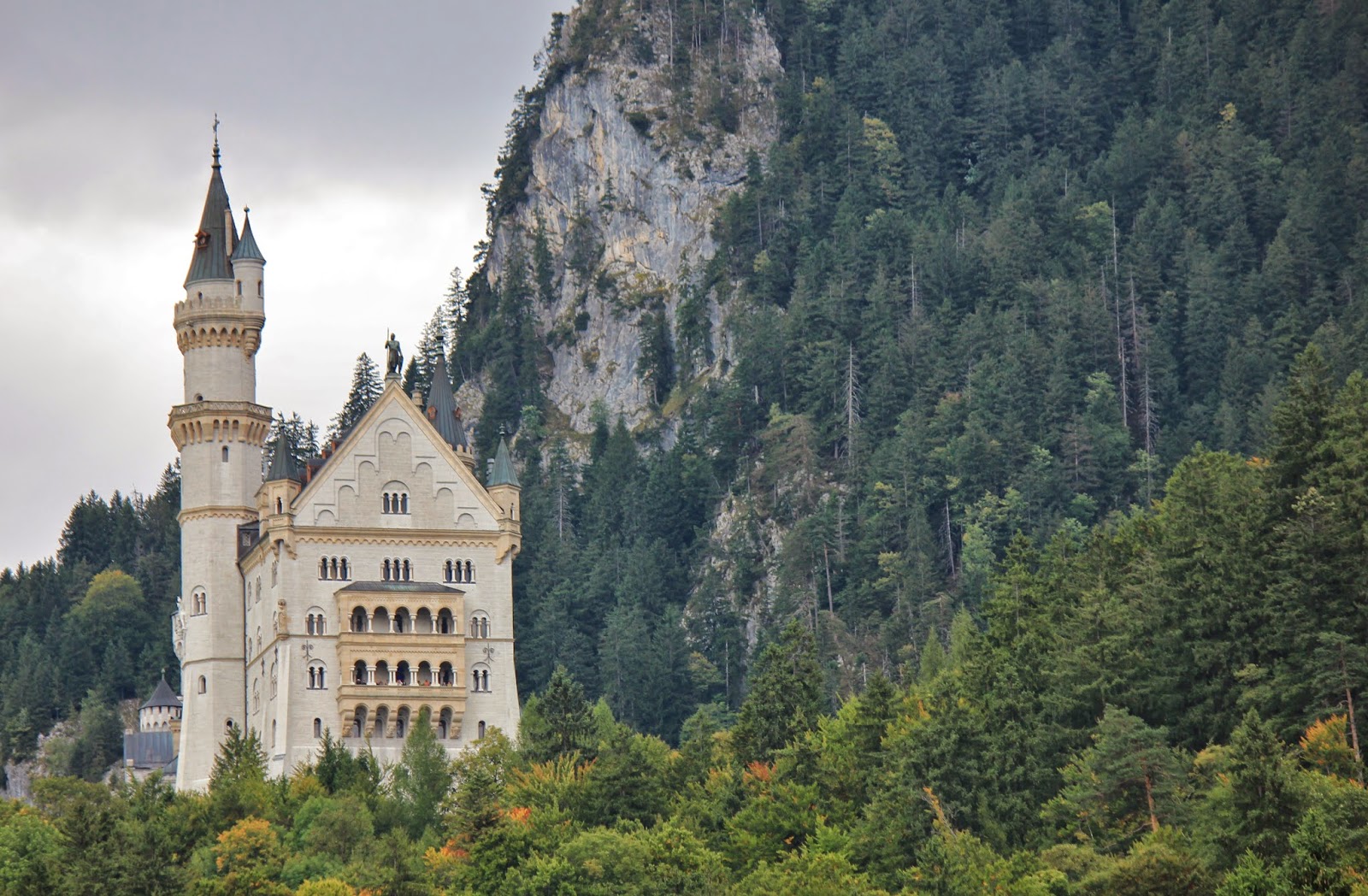