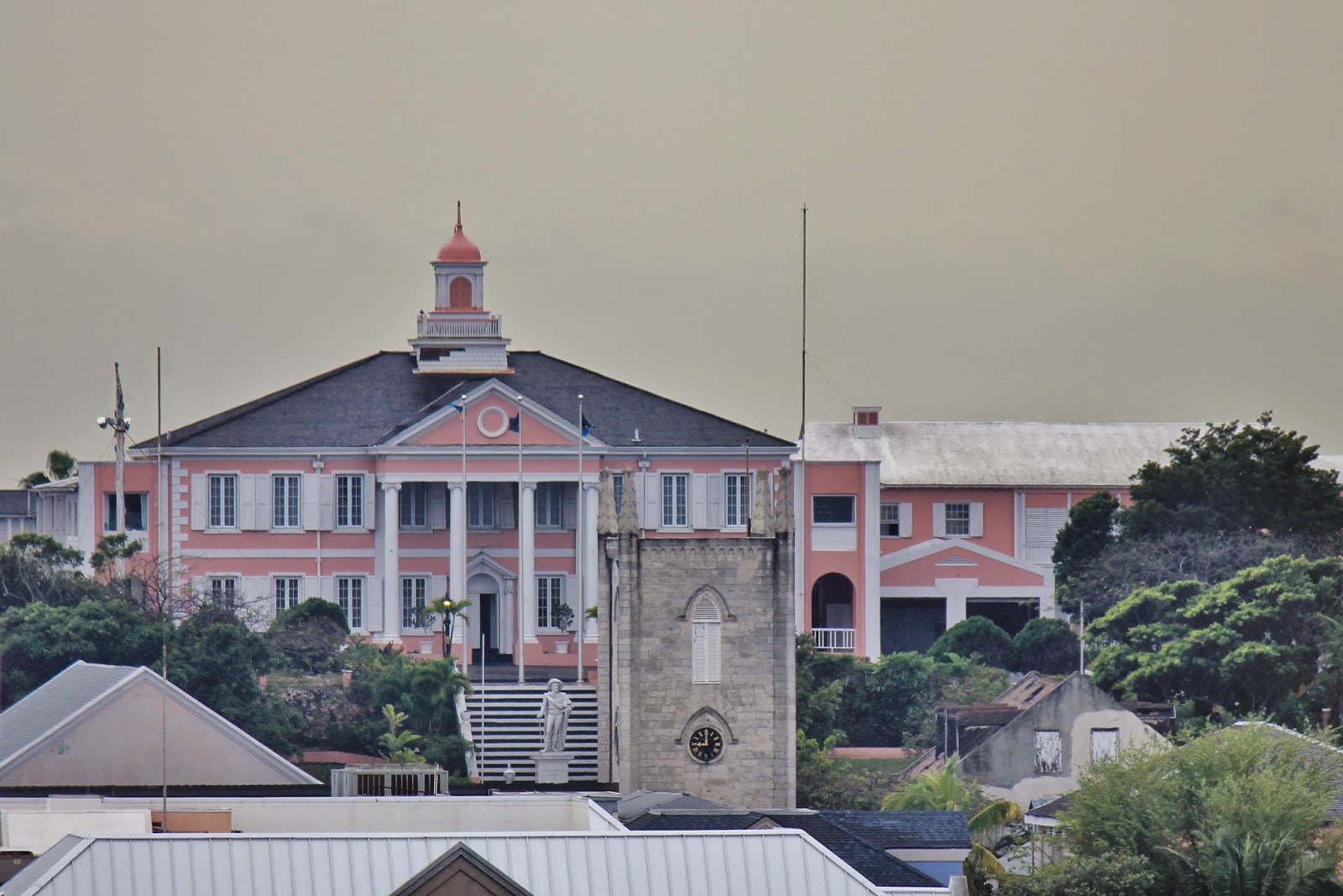 Our first port visit after disembarking from Charleston and a day on the open ocean, my dad and I made our way about the streets of Nassau.  This marked the my first visit to an international capital city!  After maneuvering the pier through all the scooter rental and city tour offers, we made our way south on Parliament Street.  There we came upon  Parliament Square lined with beautiful with palm trees and exotic flowers that led up to the Nassau Public Library and Museum.  The structure is one of the oldest on the island, constructed in 1797 as a jail.  In 1873, the cells made a transition from housing fore-lorn prisoners to books and municipal records.  Today, the library is the largest of Nassau and also contains numerous artifacts of the native peoples, colonial pieces, and what I found quite interesting, the bones of famous and infamous individuals also known as Pirates.  Continuing up the hill until we came to Hill Street, aptly named due to the hike up the steep grade in every direction, we made a right until we came to the Government House.  Sadly, we were not able to tour the building being the Governor-General was hosting foreign dignitaries and by the flagged cars, Argentina and Panama we visiting Nassau as well!  Heading back down Mount Fitzwilliam from the pink stucco Colonial Georgian Government House, I convinced my dad we needed to stop in a few of the old churches along the way before we stepped into the maze of the Straw Market.  Stepping through the doors under the simple Gothic tower of the Christ Church Cathedral, I found myself looking upon some of the most beautiful stained glass I have seen in the Western Hemisphere. 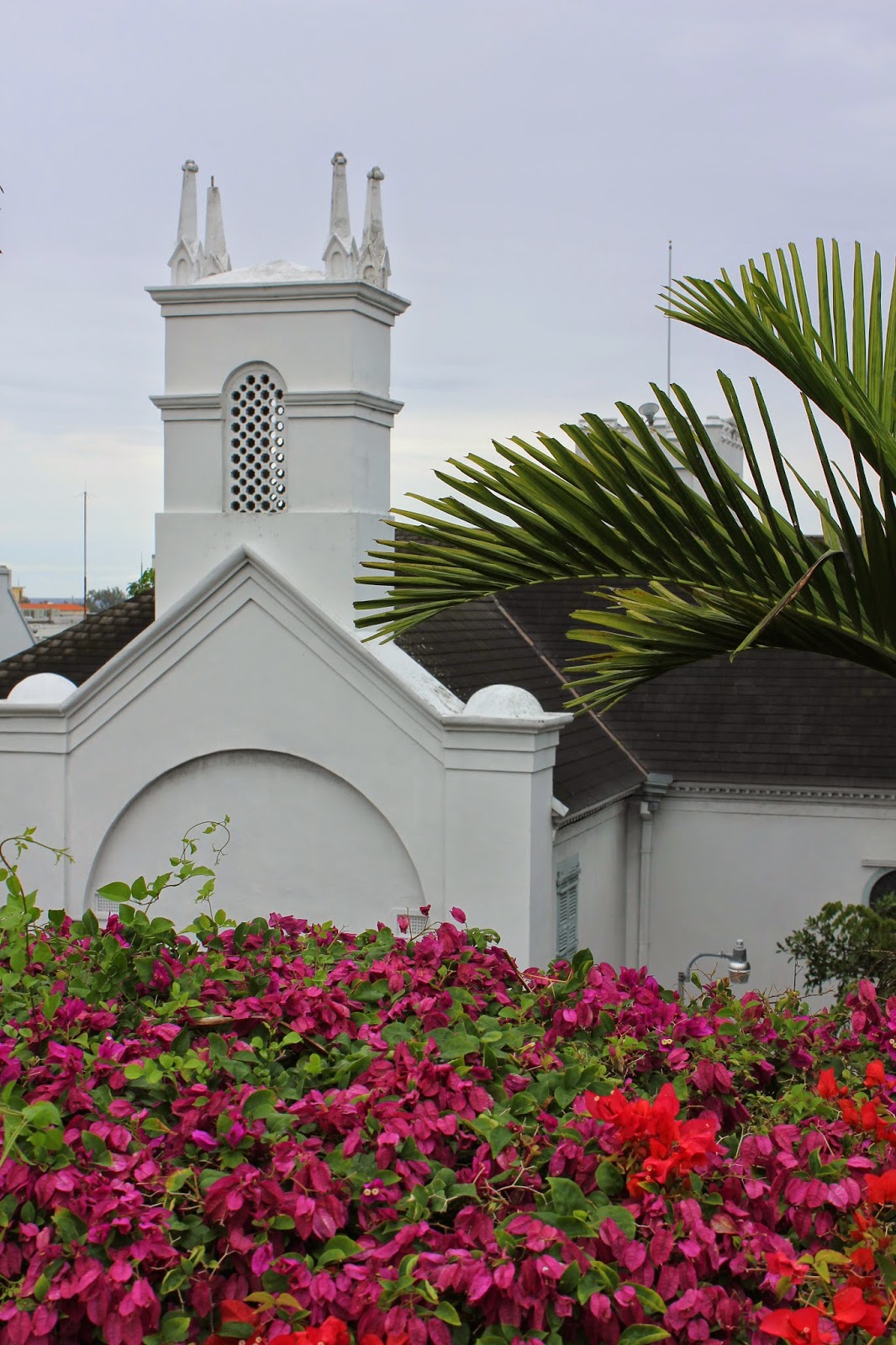 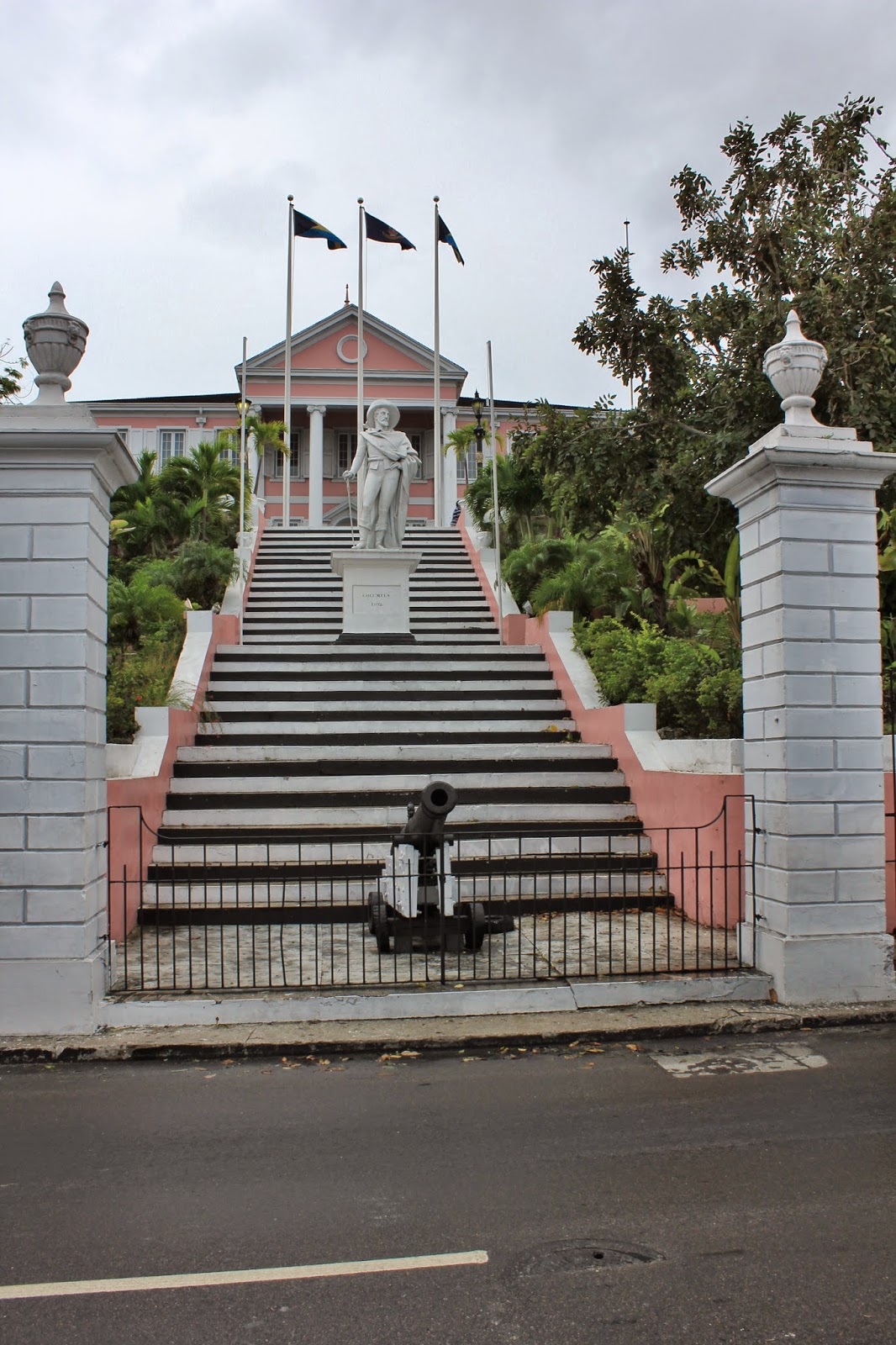 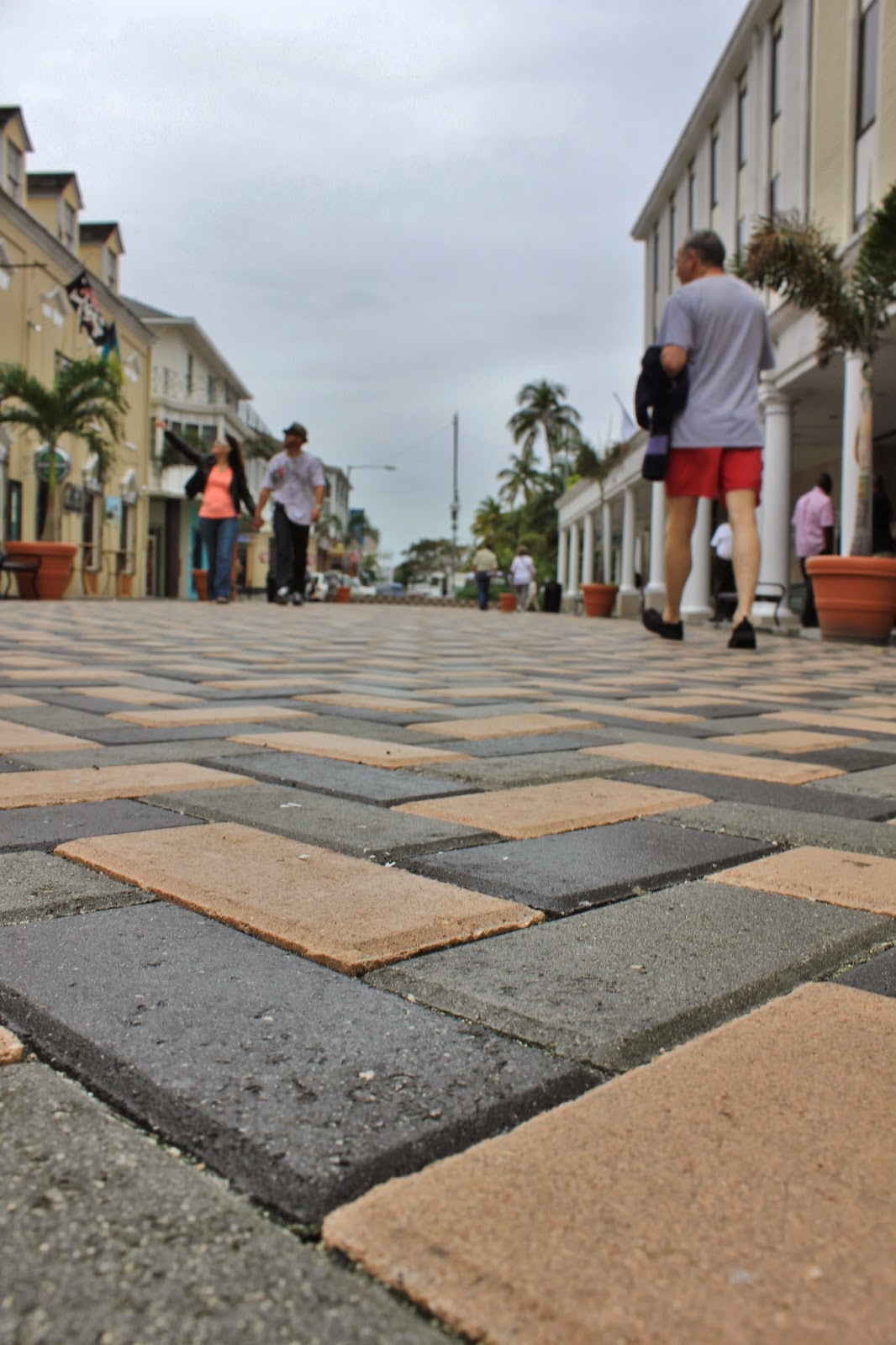