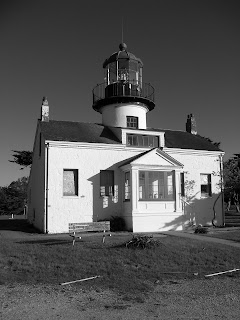 As a Guiding Light for ships navigating their way along the Pacific Coast,  the Point Pinos Lighthouse was built in 1855, and is now the oldest running lighthouse that remains in  operation on the West Coast and still has the original lens! 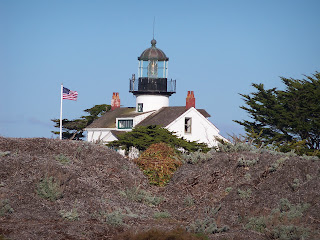 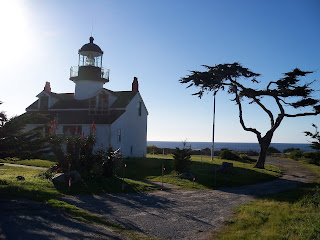 Two years prior to the compeletion, an advancement was made by a Frenchman by the name of Augustin-Jean Fresnel and his creation of the Fresnel Lens, which uses light refraction by a series of prisms that enable the light produced to travel a further distance

Numerous times, I have spent nights driving along the coastal highway, parking on the edge of the Pacific and let the light stream by as the waves banter against the rocks... 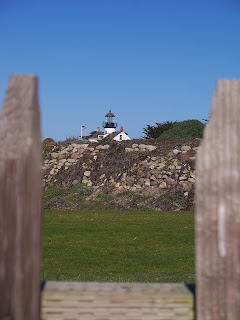 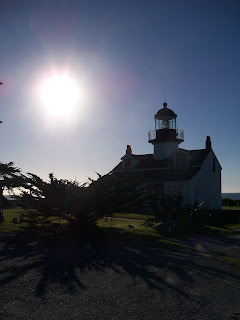 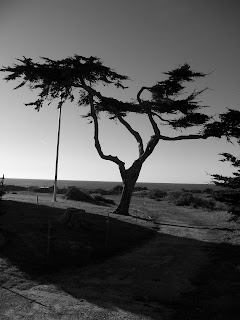 Surrounding the Lighthouse is the Pacific Grove Municipal Golf Links


There is an interesting story behind the beginning of this lighthouse, it's first Lighthouse keeper, Charles Layton, died in a posse chase of a well known outlaw of the area and was succeeded his widow, Charlotte Layton, soon-to-be Harris, after marrying George Harris, the Assistant Lighthouse keeper!