Brought from the historic city of London piece by piece to Robert McCulloch's  newly established city on the shores of Lake Havasu as an attraction. 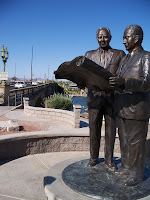 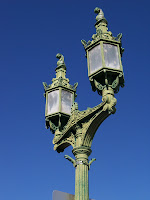 The original bridge was built in 1831, but due to increased traffic as the Industrial Revolution pushed on, the bridge was considered to be unfit for public use.  Then in 1962 the bridge was bought by McCulloch and restructured with concrete reinforcements which connect the main city of Lake Havasu with Pittsburgh Point.
Posted by t_mork at 1:51 PM