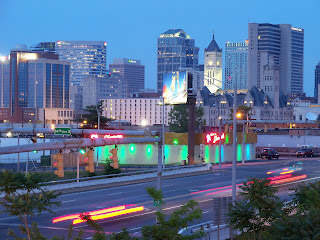 This is one of the few cities I have been to where it feels great to be Lost! 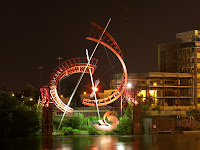 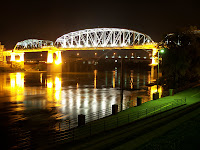 Strolling along the Cumberland on a perfect spring evening made for a perfect sight-seeing night.  They say that New York City never sleeps, well Nashville has one up on them!  Any which way you go is something unique, beautiful, or down-right interesting and everyone you meet has a smile on their face and a story to go with it!  My recommendation to anyone wanting to see into getting their money's worth out of an American City - Nashville is my #1 recommendation.  On the right is the Shelby Street Bridge from the downtown side of the Cumberland River. 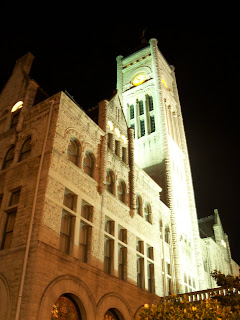 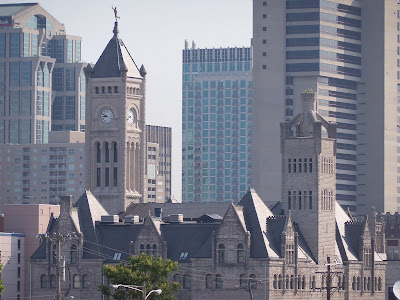 As I walked down Broadway toward downtown Nashville, the Union Station was definitely an eye catcher.  Opened at the turn of the 20th Century the Nashville Union Station was the connection of
eight important railways, most of them heading West to the New Frontier of America. 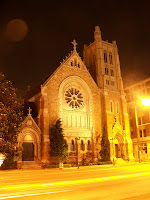 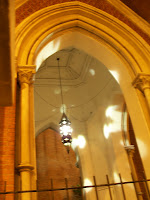 For only spending the night, I felt more than welcomed into the arms of the Music City.  The diverse culture and history of the city makes it hard not to fall in love at first sight.  Next time I am going to try to make it a few more days that way I can really get into the groove of the place.
Posted by t_mork at 2:43 PM