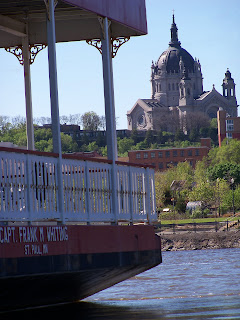 Noted as one of the most distinctive cathedrals of North America, the Cathedral of Saint Paul definitely lays reign over the East half of the Twin Cities area as it is crests Cathedral Hill as the fourth standing Cathedral there.  Nearly anywhere I went while in St. Paul, the Cathedral could be seen!  I will most likely be making a trip back to St. Paul to go venturing inside the cathedral here sometime in the near future... 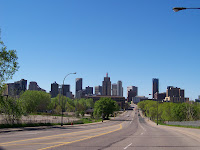 Skyline of the Capital City.

Booming as the "Last City of the East" as the New Frontier, St. Paul was the gateway to the West as it sits on the conjunction of the Mississippi and the Minnesota Rivers and was a major railway head for the Plains states as well as being a major industrial center.  The rivers played a major role for the Industry sector by river boats as seen here in this picture, taking goods down to the Gulf of Mexico or as far as Fort Benton, MT. 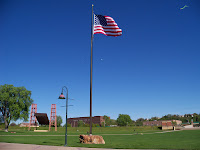 Old Glory flying high in the Land of Lakes

Stumbled upon this area down by the Minnesota Centennial Steamboat stage next to the riverside while looking for a spot for a good view of the city skyline. 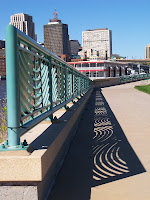 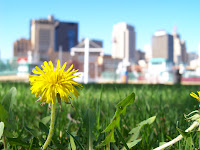 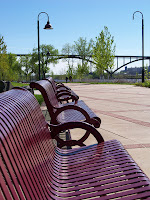 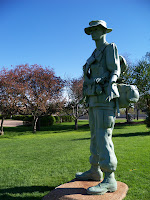 Monument to the Living

Completely funded by the Veterans of Minnesota and constructed by a former Vietnam soldier by the name of Roger Brodin, and then the statue traveled the state of Minnesota before settling in the Memorial Park in front of the Capitol Building in St. Paul. 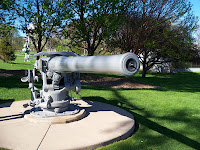 Marked as the gun to fire the first shot of World War II against the Empire of Japan.  Fired by a crew of Naval Reservists of Minnesota on the USS Ward DD upon a Japanese submarine attempting to  attack at Pearl Harbor.  I felt a sense of Pride standing at this monument, knowing I am now apart of this History and Heritage of the United States Navy. 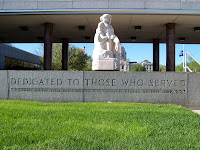 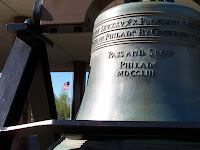 While visiting this memorial park in front of the Minnesota Capitol, there was a service going for fallen members of the St. Paul-Minneapolis area Police.  Having the flags half-mast and hearing the rifles sound made this experience all the more powerful. 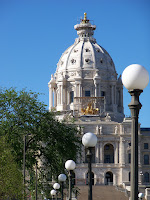 Of all the state capitols I have visited, Minnesota rates up at the top overall.  Partly due to it's location overlooking both Minneapolis and Saint Paul, along with the open and well laid out memorial park encompassing it and the lane of globed lights give this building the honors it deserves!  I have to return someday that way I can see the interior though!
Posted by t_mork at 4:15 PM