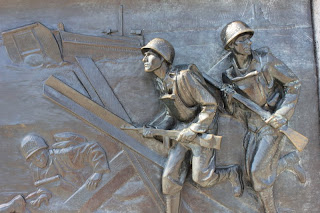 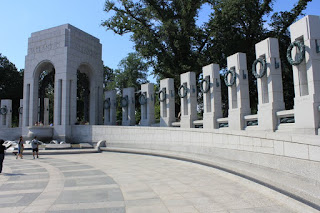 Centered at the eastern edge of the Reflecting Pool between the obelisk of the Washington Memorial and the doric temple of the Lincoln Memorial.  Opened to the public just before Memorial Day in 2004, this dedication to the lives of the men and women lost in the Second World War was completed nearly half a century following the end of the most tragic war the world had witnessed in my opinion.  Although the Memorial does not appear that large, I spent almost half a day amidst it's pillars.  I will say the most impacting part of this Memorial is the Freedom Wall (pictured below on the left).  At the first approach, I was taken aback by its beauty but when I read what the stars represented, I began to tear up.  This image is only a small portion of the wall of 4,048 stars of gold and each star represents 100 American lives that were lost in the War in the Atlantic and Pacific. 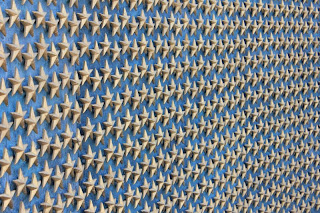 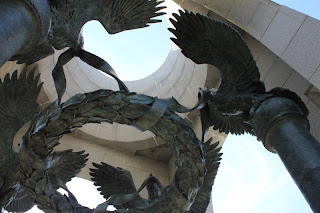