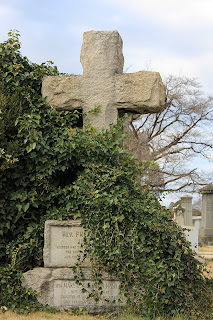 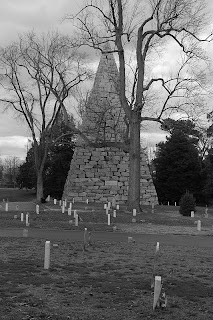 In memoriam to more than 18,000 enlisted Confederate soldiers that died in the James River area that  now rest here in this cemetery at the banks of the river itself.  This 90 foot rough-cut limestone pyramid is dedicated by the Women of the Confederacy of Virginia in 1869 as a remembrance to their sacrifice. The cemetery acquired it's name from the numerous Holly trees that grow on the rolling hills of the resting place to some of Virginia's and America's notable citizens.

Part from it's rich history since it was established in 1849, the cemetery is a paramount destination of Richmond for the tombs of American Presidents, to also include the only Confederate President.

There are fables and legends within the cemetery walls from that of the little girl at the black iron statue of a dog watching over the graves and the legend of the Richmond Vampire, an unusual tale about the Church Hill Tunnel. 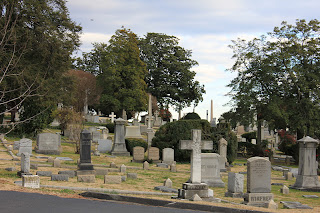 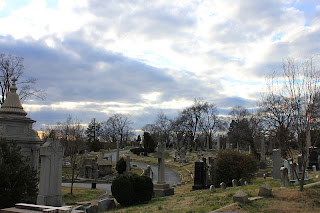 As the tombstones spatter the rolling hills, it gives the perception of a marble city.
Posted by t_mork at 8:12 PM