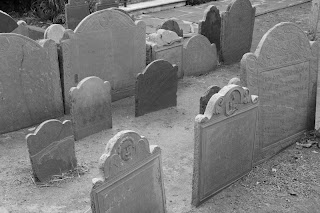 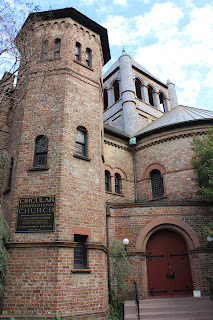 Founded in 1681, this church is marked one of the oldest continuously worshiping congregations of the United States.  Built in the heart of the coastal city of then Charles' Towne, and gave name to the street which it's doors open to due to it's friendly environment, Meeting Street.

Members to the church remain at her side for eternity, in the shade of the boughs of the oak trees that span above the sacred stones.

After learning more about the Church, it's diverse community, and it's early religious tolerance.  From it's founding, the congregation was made up from European and African descent that brought ideals of Presbyterian, Huguenot, and Independent denominations. 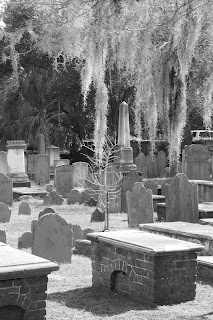 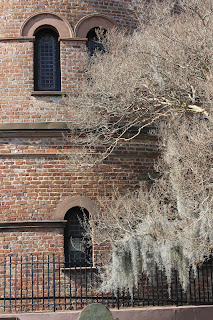 After nearly one hundred years, the Church fled Meeting Street as the British overtook the Harbor City. The Congregation made do in  Philadelphia until 1787 when they returned to Charleston.  Within a few years, the Church was refitted to accommodate the growing numbers in 1804.  Headed by Robert Mills, also the designer for the Washington Monument in D.C., drew up the scheme one of the largest domed buildings in America at the time and to have a capacity of more than 2,000 congregants.

There is a peaceful air, under the moss covered boughs and among the black slate stones.  I had the sense of going back in time, into the old walled city of Charleston, bustling carts along the cobbled streets, while strolling around the grounds of the Church that warm Sunday morning...
Posted by t_mork at 11:54 AM