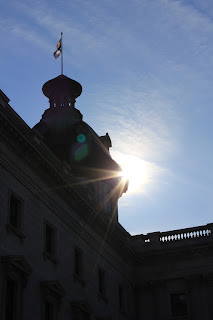 The State House's history is unique for the construction began ten years before the American Civil War began no more than 100 miles away in the Charleston Harbor.

It's design is of Greek Revival, giving it the prestige but yet clean and simple look which proved it's durability as the city of Columbia was burned to the ground as General Sherman swept through the capitol city, although by his orders, this building was to be spared from direct torching.  To this day, there are marks from bullets and cannonballs on it's walls from the War between the States. 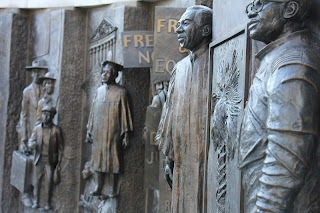 Bronze panels making up the semi circle of the African American History Memorial mark the history from the first slave auctions in port cities such as Charleston up to today's African Americans as leaders and more. 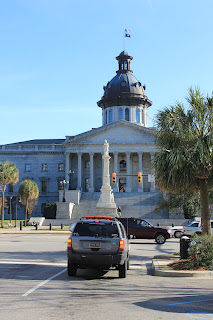 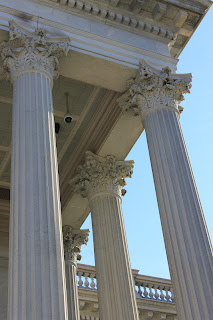 Corinthian capitals crowning the tops of the columns add grace to the Greek Revival of this historic landmark of the Palmetto State.
Posted by t_mork at 11:26 AM