House of the Bells of Congress - Washington, D.C. 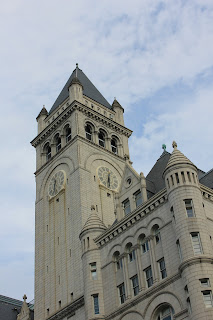 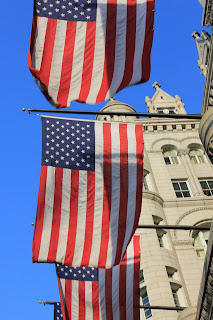 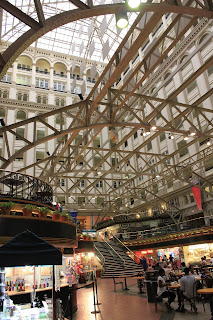 In my numerous trips to the Capitol City, this was the first time that I had ever ventured into the Old Post Office Pavilion.  Now that I have been, I highly recommend it to any first time visitor!  The view from the bell tower not only is spectacular it is also very helpful to orienting oneself around the streets of the National Mall.  Completed in the last year of the 19th century, this Revival style building was intended to do just that, revive the Mall.  The area surrounding the Old Post Office was deteriorating into slums and the political notables wanted to see change and an awakening to the preservation of the American City. 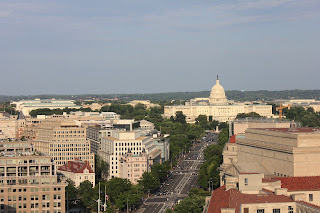 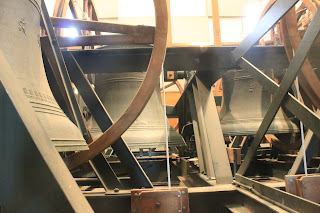 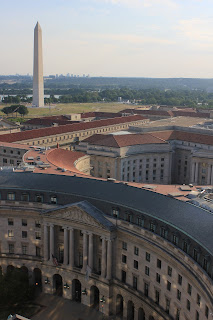 Today, the Pavilion serves as private and government office space as well as a museum and shopping center, all of the traces its bygone use remain as rows of empty post boxes.  The Bells of Congress are replicas to those in Westminster Abbey and were given as a commemoration gift to the end of the Revolutionary War in 1983.  An interesting fact about these bells, they are the largest set of change ringing, or tuned, bells in North America.  If you happen to luck out and be on the grounds of the Mall on a Thursday afternoon, you can hear these bells chiming.


A superb view of many of the District's memorials such as the Washington Memorial.
Posted by t_mork at 5:41 PM