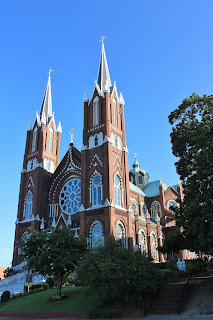 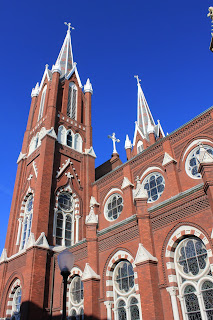 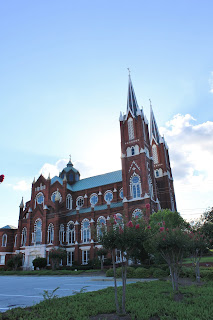 It is hard to miss the twin towers of Saint Joseph as the dominate over the Heart of Georgia's city skyline.  Not only is this church the third tallest building in Macon, it is situated at the top of a hill which makes it appear even taller than it's 200 foot spires already are!  Interesting fact about the area of Macon is that it is located on the fall line of the Ocmulgee River and in this very area is where the first Christian baptism east of the Mississippi River believed to have taken place in 1540 as De Soto made his way into central Georgia.  Continuing the Catholic faith, Jesuits from Louisiana were called upon to help build the growing parish in the new city of Macon and in turn built one of the most beautiful churches in the Southern United States. 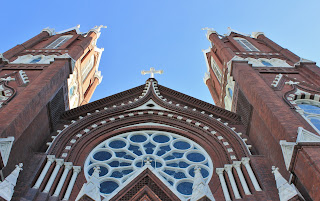 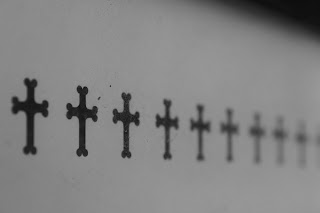 Neo-Gothic Romancesque in design, this church houses over 60 grand stained glass windows made in Bavaria, Germany and numerous statues of saints and angels along with the altars are of white marble imported from Italian quarries.  This is most definitely one church that I would love to take my camera inside of and hopefully I will do that here in the near future! 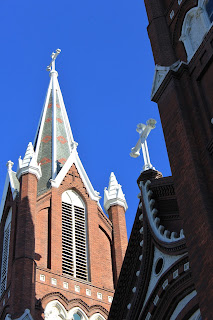 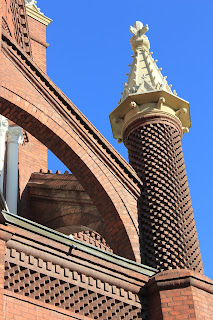 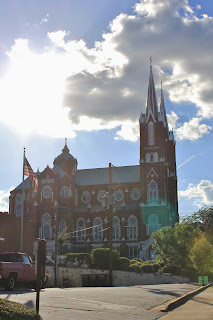