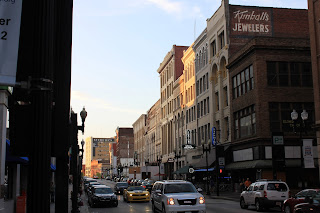 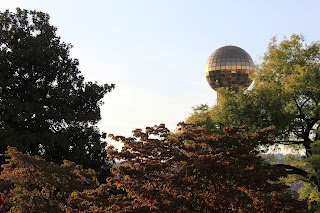 Cradled in the Great Appalachian Valley where two rivers meet to form the Tennessee River, Knoxville earned a the nicknames Queen City of the Mountains along with the Heart of the Valley.  Knoxville was the first capital city of the 16th State of the Union, although an interesting fact about the area is it was also bordering the State of Franklin, sometimes Frankland, but that was later absorbed into the Southwest Territory that became the State of Tennessee as we know it today.  Making the decision to go to Knoxville somewhat on a whim, I did not know what I was in for and boy, was I glad I did go!  As a history buff and a want to be architect, my heart was racing the whole time that I explored K-Town, which is how some of the locals refer to her.  One part of the skyline that caught my attention was the Sunsphere from the 1982 World's Fair.  On my next visit, I hope to go dine in the restaurant in the sphere and catch a full view of the city!  Heading to the downtown is a must for any visitor to the city!  There is always something going on in one of the plazas or venues on the strip for any taste of entertainment. 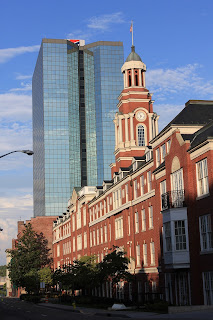 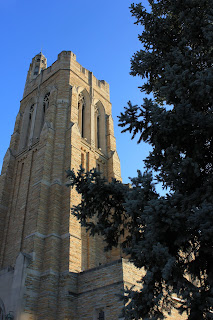 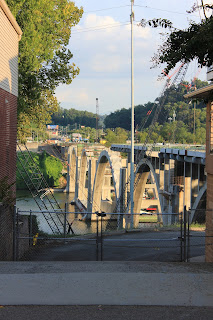 As soon as we crossed over the river, I pulled into a spot right by the Howard H. Baker US Courthouse (above left) and made my way around the 'hill' while my friend went about the other side more toward the university area.  I was hoping to find an unlocked door to the Church Street Methodist church but no such luck - maybe next time!  After wandering about the church grounds, I made my way southward to the under construction Henley Street Bridge which was intriguing to see how the pieces of the puzzle were all fitted together as this classically designed viaduct spanned the Tennessee River. 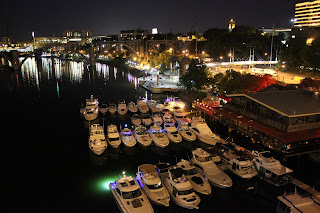