Caught in the Rain - Philadelphia, Pennsylvania 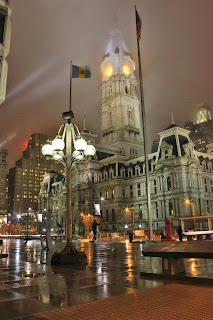 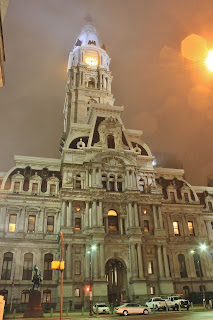 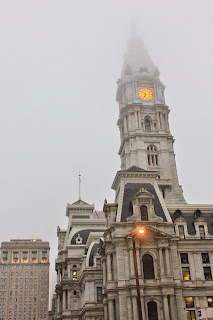 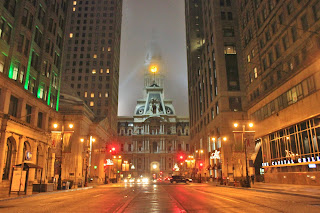 When I departed Union Station in Washington, D.C. the skies were clear as the sun edged toward the horizon, but as I tracked north the weather 'went south'.  The City of Brotherly Love had been at the top of my American Cities list for quite sometime and once I got over my awe of the 30th Street Station, I ventured out into the early evening rain to one of America's grand architectural wonders: Philadelphia City Hall.  Knowing beforehand that the top of William Penn's hat marked the record for tallest habitable structure in the world for more than a decade, I was still shocked by the incredible height of the tower looming into the hazy mist above as I stepped closer and closer.  Once I was checked into my hotel less than a block away for the night and my bag hit the floor, I was out the door in a flash to capture this engineering marvel in all it's might at night!  The spring rain did not damper my spirits as one might have suspected, but much rather the opposite for the mist gave a striking definition to the immense size of McArthur and Walter's masterpiece.