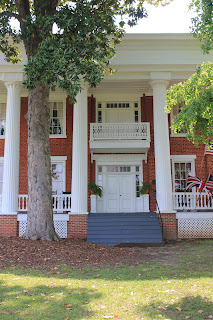 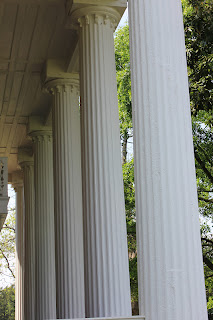 Getting to tour around one of Georgia's more notable and still functioning plantations was more than worth the four dollar entrance fee!  To witness how life would have been while these parts that were still considered the "Frontier of the West" at the time and how life in the Antebellum South and The Reconstruction is a must visit! 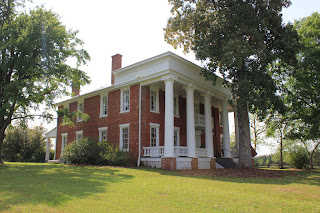 Breaking ground for building the Brickhouse started on the Eve of the American Civil War. Completed in 1869 by Aristides Callaway, the Greek revival home built from the clay that Georgia is known for!
Flying from the facade are the flags which this plantation has raised throughout it's history: Great Britain, Union of the 13 Colonies, Confederate States, modern Georgia State flag, and the United States of America.