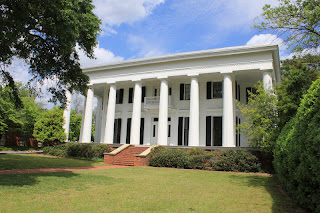 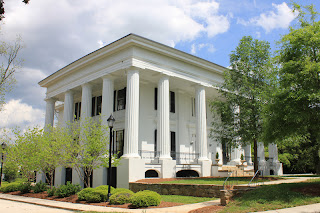 Two among the many historic homes along Prince Avenue in the angelic city of Athens, the Taylor-Grady House and the President's House.

The Taylor-Grady was constructed in 1844 by Irish immigrant and wealthy cotton merchant Robert Taylor.  At the time of his death in 1859, he had acquired 17,000 acres of property throughout the state of Georgia, which at that time was valued at $450,000.  I can't imagine what that value would be in today's market!  The home was purchased by Major William Grady in 1863 while he was on furlough from the war would become the home of the prominent figure in the Reconstruction of Georgia, Henry W. Grady.  Now the home is owned by the city of Athens and offers tours, which I did not know at the time when I was walking past, but hopefully some day I will make that tour! 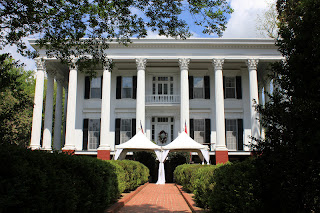 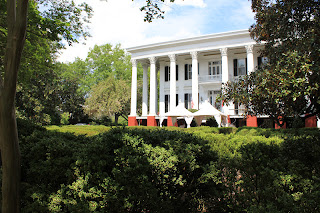 The President's House, the Grant House, the Benjamin Hill House, the Bradshaw House, the White House are some of the numerous names given to this Greek.  Raised in 1856 by a Virginia man and railroad pioneer John T. Grant, but with the onslaught of the Civil War, Grant suffered from the dwindling economy of the southern states which his prospects depended on.  Turning the ownership over to one of the prominent politicians of Georgia's Confederate and Reconstruction history, Benjamin Harvey Hill.  Then purchased by the founder of the First National Bank of Athens, Mr. James White and inherited by his daughter who was married to William Bradshaw, and the couple turned the property over to the University of Georgia to serve as the President's House!
Posted by t_mork at 8:17 PM