Monument to the Men of the CSA - Stone Mountain, Georgia 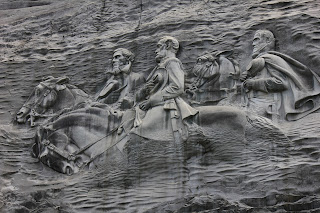 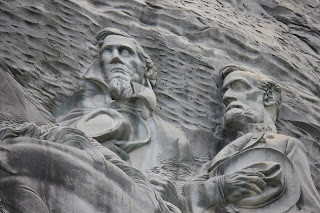 After more than half a century of work, the carving of the Confederate Memorial was started in 1916 and was said to be completed in March of 1972 by the final group of sculptors.   The original plan by the United Daughters of the Confederacy called for a high bust of General Lee on the 800 foot north face of the mountain.  Quoted by the first sculptor to work on the relief on their plan for the bust would be like "a postage stamp on a barn door."  That man was Gutzon Borglum that made that statement and Stone Mountain was the project that led him to do his greatest work: Mount Rushmore.  The massive carving of the Three Gentlemen measuring 90 feet tall and 190 feet wide was completed by another great American sculptor, Walker Hancock.  After completion, the low relief carving of Jefferson Davis, General Robert Lee, and Stonewall Jackson is the largest bas-relief or low relief carving in the world on one of the single largest pieces of granite in the world. 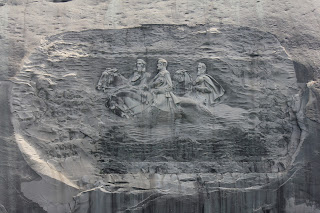 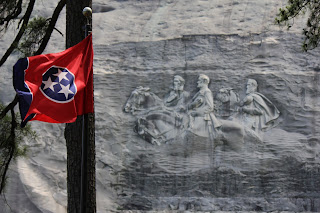