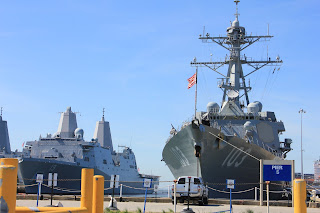 The Norfolk Naval Base is the largest naval station in the world and is home the Atlantic Fleet of the United States Navy.  Sprawling along four miles of waterfront with over seven miles of pier space to dock the millions of tons of Navy grey steel ships in the Hampton Roads Harbor.  Not only does the Naval Station support more than 75 water-born vessels, but also is one of the largest Naval aircraft centers withing the United States.

Being I have been in the Navy for more than three years now, but have not had the opportunity to go aboard ship on an active mission, this was about as close as I could get to being in the "Real Navy" as we like to term it in my tight-knit Naval Community that is landlocked in the South. 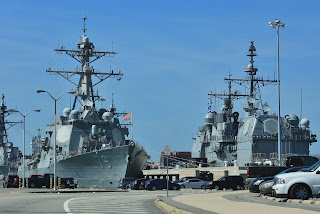 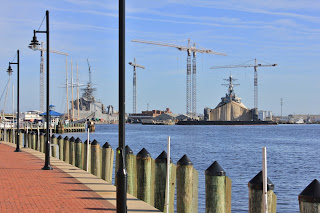