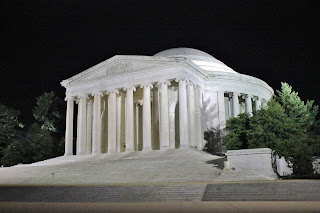 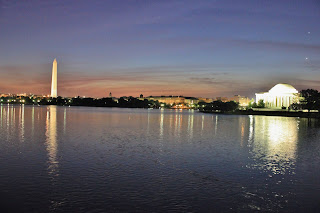 I would say that George Washington was the Father of the new student nation stepping into the international classroom, but Thomas Jefferson was enlightened teacher to that student that became the World's Valedictorian.
Third President of the United States, Principal Author of the Declaration of Independence, Representative in the Continental Congress, Wartime Governor of Virginia during the Revolutionary War, American Minister to France, the first Secretary of State, Head of the Revolution of 1800 with the Purchase of the Louisana Territory and one of the greatest explorations known, the Lewis and Clark Expedition, Founder of the University of Virginia, Architect of the Monticello, the Pioneer of the Federal Reserve and to the End of Slavery in the United States.
I believe that he was more than deserving of this Neoclassical design memorial with its white marble Ionic pillars and the shallow dome that stands near the banks of the Potomac on the tidal basin for his long list of achievements and accomplishments.  Dedicated to his memory 200 years after his birth by the driving motivation of one of his strongest admirers, Franklin D. Roosevelt. 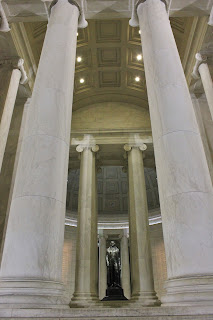 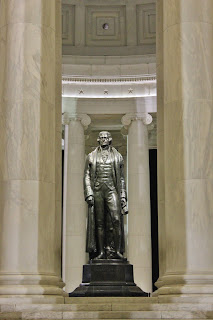 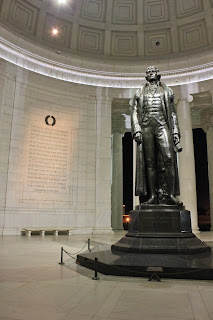