The National House of Prayer - Washington, District of Columbia 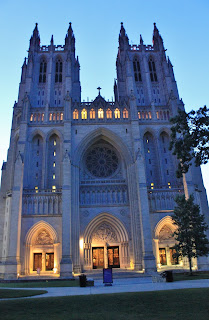 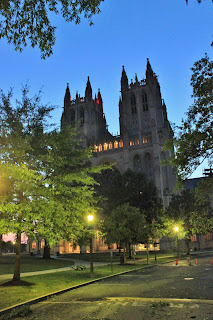 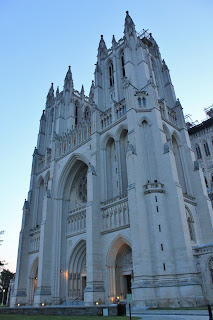 The cornerstone for the Cathedral Church of Saint Peter and Saint Paul or more commonly known as the Washington National Cathedral, was overseen by what I believe to be the President that laid the most cornerstones in American History, Theodore Roosevelt, on the 29th of September, 1907.  The construction to one of the most favorite pieces of American architecture was not entirely complete for another 83 years when President George H.W. Bush witnessed the last pieces set in place in 1990.  This Neogothic wonder stands as the highest building and fourth tallest structure within the district along with being the second largest cathedral in the United States and sixth largest in the world!  I have wanted to go inside of the nave of this great American treasure, however my first visit to the grounds of the cathedral was around 4 in the morning (and I am sure no one was up and willing to give a tour!)  I am glad that I went when I did though being the morning light gave me great colors and beautiful tone in the clear sky above the looming towers overhead! 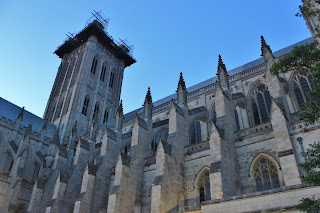 I had made a trip up to the DC area in August of 2011 and really wanted to go spend a morning or afternoon up on Mount Saint Albans, however some of my friends were reluctant to go and begin quote "We will go next time".  Not two weeks later on the 23rd of August, a 5.8 magnitude earthquake which was centered near Washington, D.C. struck the cathedral.  Knocking finial and other stones down, the cathedral was closed and even after nine months was still undergoing repairs. 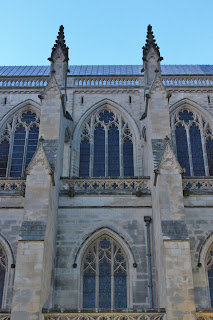 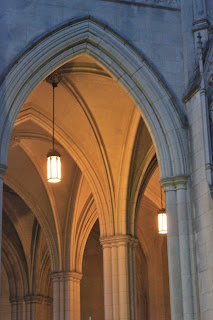 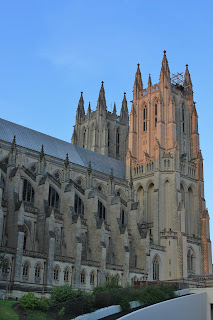